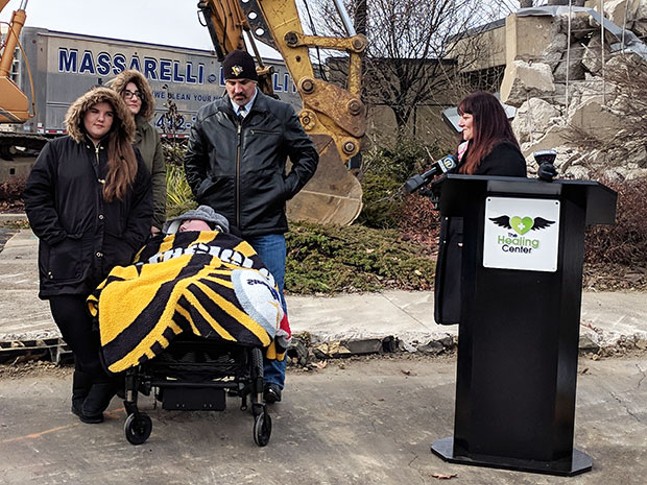 CP photo by Rebecca Addison
The Briggs family at the groundbreaking ceremony in Monroeville
Earlier today, Ryan Briggs became one of the first Pennsylvanians to be certified as part of the state’s new medical marijuana program. Together with his mother Diana Briggs, he and other members of his family travelled from Westmoreland County to the Compassionate Certification office in Downtown Pittsburgh where Ryan Briggs received his certification this morning.

“We started our journey four years ago with Ryan and when we started the journey, Ryan was seeing 400 seizures today,” Diana Briggs said at the event.

After their appointment, the family travelled to Monroeville for a celebration of sorts. Today marked the groundbreaking of The Healing Center, a Southwestern Pennsylvania medical-cannabis dispensary.

“What we do today will help tens of thousands of people,” said Pennsylvania Sen. Jim Brewster (D-McKeesport). “I was a late comer to this, but then I met the Briggs family.”

Ryan Briggs has been living with intractable epilepsy, a seizure disorder, for his entire life. His family turned to medical cannabis to reduce the frequency of his seizures. They received a Safe Harbor Certificate, eligible to individuals under the age of 18 who suffer from one of the seventeen serious medical conditions defined in the Medical Marijuana Act.

“As much as we hoped [medical cannabis] would help him, we never imagined the miracle it would be,” Diana Briggs said.

But obtaining the medicine that would bring Ryan Briggs and his family relief was difficult. Now, thanks to The Healing Center, set to open in April, that won’t be a problem.

In addition to medical cannabis, The Healing Center will offer holistic care like massage and chiropractic services.

“This is not just a facility to purchase medical cannabis,” said co-founder Jay Richards at today’s groundbreaking.

Gov. Tom Wolf signed Pennsylvania’s Medical Marijuana Act into law on April 17, 2016. Twelve grower/processors were selected in June to receive a permit from the Pennsylvania Department of Health. The department granted an additional 27 permits for medical-marijuana dispensaries.

“If you would’ve said years ago to me that we were going to legalize anything to do with marijuana, I would have said 'not in my lifetime,'” said Pennsylvania Rep. Joseph Markosek, (D-Monroeville). “But I think we all realized there’s a positive side to marijuana."

And there are economic benefits too. Between the Monroeville and Washington facilities, The Healing Center expects to hire 25 to 30 people.

“As we ramp up, so will those numbers,” said Chris Kohan, co-founder of The Healing Center. “We plan to have a very diverse workforce because our patients will be diverse.” 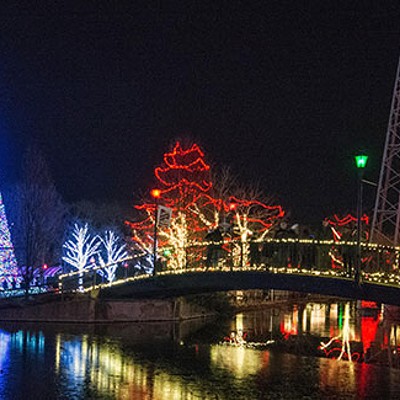