Local moron and Mega-Super-Ultra-Right-Wing state Rep. Daryl Metcalfe (R-Cranberry) got to show off his special brand of crazy to the world this week when he scolded a Democratic colleague for touching his arm gently during a Dec. 5 committee meeting on land-use policy.

“Look, I'm a heterosexual. I have a wife, I love my wife, I don't like men — as you might. But stop touching me all the time,” Metcalfe told state Rep. Matt Bradford. Metcalfe's comments went viral, he was trending on Facebook and made for fodder on some of the late night talk shows like Late Night with Stephen Colbert.

But City Paper has uncovered photographic evidence that Metcalfe does, in fact, touch other men and, does so with a smile on his face. Metcalfe also made a Facebook post about the incident earlier this week, which you can read at the bottom of this piece. Here's a taste: "Some in the media have turned the perpetrator, who was making unwanted physical contact, into a VICTIM! The homosexual supporting leftists have been contacting my office to express their hate in profane vulgar ways that have shocked my staff who have received the majority of the calls and electronic communications."

Also, in the post, Metcalfe calls out "hypocritical leftists." So, in full disclosure, I will admit that I touched a man and I liked it.

This photo is obviously an icebreaker of some kind. Please note that Metcalfe is technically only touching the trophy:

In this photo, Metcalfe seems to be enjoying the arm-to-arm and hand-to-back contact at the Pittsburgh International Airport. 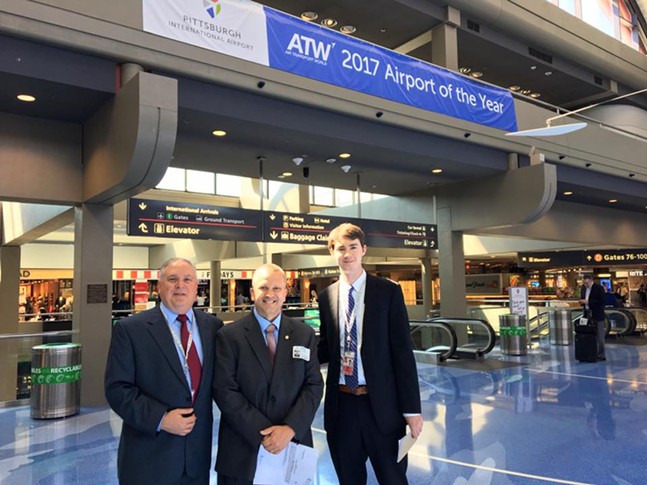 Now, we're getting somewhere. In this graphic pic, Metcalfe appears to be the one sidling up to Republican Pennsylvania U.S. Senator and fellow confirmed heterosexual, Pat Toomey. 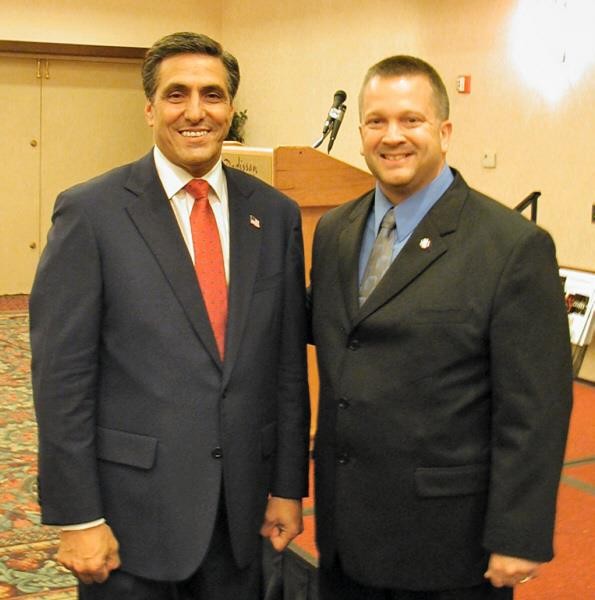 And finally, the best of all. Not only does Metcalfe have contact with other men, he's apparently a "star toucher." Well, at least to the extent that Eric Trump is a star. 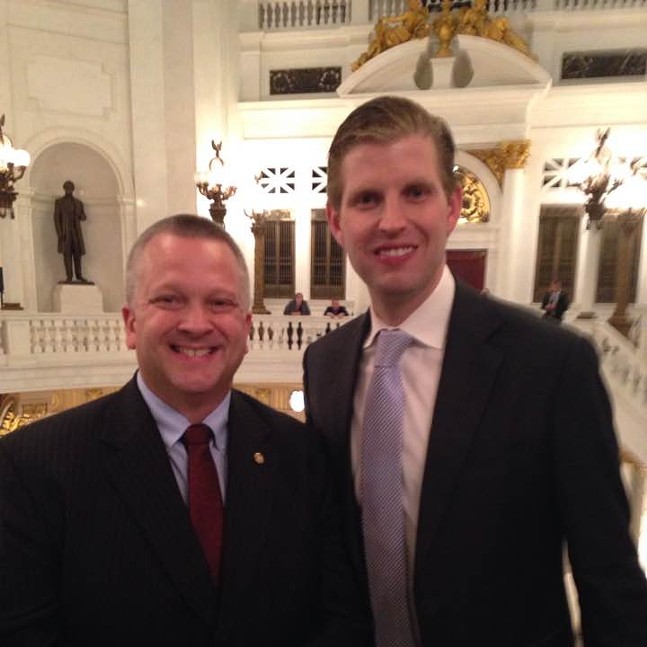 "On Tuesday I publicly reprimanded a Democrat legislator for putting his hand on my arm after I told him to stop touching me at a previous meeting. His behavior has been a pattern for months. The words I used were planned and chosen with a purpose to expose his inappropriate actions. I did not expect the result to be a viral video and international/national media interest. That was an extra bonus. Some in the media have turned the perpetrator, who was making unwanted physical contact, into a VICTIM! The homosexual supporting leftists have been contacting my office to express their hate in profane vulgar ways that have shocked my staff who have received the majority of the calls and electronic communications. The State Democrat Party have once again called for me to resign. The Governor has called for me to be removed from my chairmanship! Wolf and his Democrats are crooked hypocrites who call for me to leave office while they have remained silent about their own Democrat legislators who have been convicted of crimes during Wolf’s term! There is currently an indicted Philadelphia Democrat serving in the Pennsylvania House of Representatives but the Democrat party and their corrupt liberal Governor are silent! I will continue to fight against these crooked hypocritical leftists!"