CP photo by Haley Frederick
A few of the visitors to City Council on Wednesday
In 2016, Pittsburgh City Council voted unanimously to create the Housing Opportunity Fund to help address the shortage of affordable housing in the city, but a year later, council has been unable to come together to decide on a way to put any money into the fund.

“It’s a shortage of over 20,000 units for the lowest income people. It’s a crisis. Everybody knows it’s a crisis,” Celeste Scott, the affordable housing organizer at social justice organization Pittsburgh United, said at a City Council meeting yesterday. “We’re seeing it in Penn Plaza...We see it visibly in the East End, but there are folks in other communities that are facing it that we don’t see as often as the East End communities.”

On Wednesday morning, Pittsburgh residents and affordable housing advocates voiced their concerns at City Council’s standing committee meeting, frustrated that a year has gone by with no notable progress in addressing the housing crisis. Residents of both Lawrenceville and Bloomfield said  they’ve noticed troubling changes in their neighborhoods — neighbors getting priced out of their homes and struggling to find new places to live in the city.

“We’re living in a city in which displacement is becoming more and more common,” said David Greve of Pittsburgh Community Services, Inc.

Many speakers once again emphasized the need for a 1 percent increase in the Realty Transfer Tax (RTT), a solution they have been proposing to City Council for several months. An RTT is a part of closing costs when a house is purchased. The one-time fee that home-buyers and sellers typically split is calculated as a percentage of the overall sale prices.

Many of the affordable housing advocates that spoke at the meeting believe that the small increase could generate $10 million a year for the Housing Opportunity Fund. These funds would then be available to help low income residents find affordable housing, pay their rent, buy new homes and repair the homes they already own so that they don’t have to leave them.

“We have something that could help people, but it’s not being prioritized,” said Scott.

Pittsburgh City Councilor Daniel Lavelle introduced legislation in May of 2017 that would do just what many advocates proposed. But after a public hearing was held on the bill in July, nothing has happened.

However, while most speakers were there in favor of a raise to the RTT, not everyone agreed that the 1 percent increase is the way to solve the Housing Opportunity Fund’s problems. Charlene Haislip, president of the Realtors Association of Metropolitan Pittsburgh said raising the RTT would not be “asking everybody to pay.” Haislip suggested that raising the tax could put the burden of addressing affordable housing on low and moderate income families who are trying to buy homes.

Celeste Scott: Pittsburgh's People of the Year 2022 in Activism 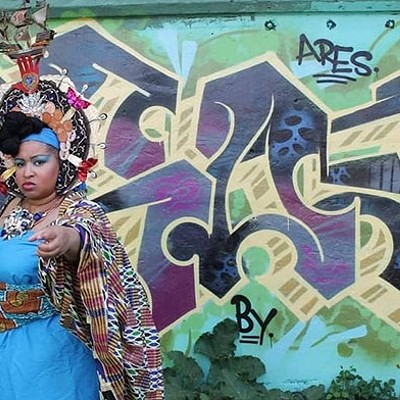