CP photo by Rebecca Addison
Uber's original driverless car and the newest iteration
By now, most Pittsburghers are accustomed to seeing Uber's self-driving cars on city roads. Mounted with a rig complete with whirring 360-degree scanner and a number of cameras, the gray Volvo XC90s are hard to miss.

"It might look very similar to the previous generation, but there's been tons of improvements we've made under the hood," said Brian Zajac, director of hardware engineering, at a press event earlier today.

CP photo by Rebecca Addison
Improvements to the new self-driving model will make it easier to mass-produce and will include increased resolution on all sensors, a more efficient cleaning system, and extra trunk space. Changes have also been made to the backseat user interface.

Pittsburgh is one of two cities, the other being Phoenix, where self-driving cars are being tested. To date, Uber has completed more than 30,000 passenger trips as part of the pilot program, and more than one million autonomous miles.

"1.3 million people per year killed in car accidents," said Eric Meyhofer, head of Uber Advanced Technologies Group. "There are 34,000 deaths per year in the U.S. because of cars. We can fix this."

At today's event, reporters got to experience a self-driving ride with a single vehicle operator. Currently, rides are done with two operators. Single-operator rides will be implemented gradually throughout 2017 and into 2018.

Earlier this week, Uber grounded its fleet after one of its cars was involved in an accident in the South Side. But according to TribLive, the Uber driver was in full control of the car at the time of the crash. 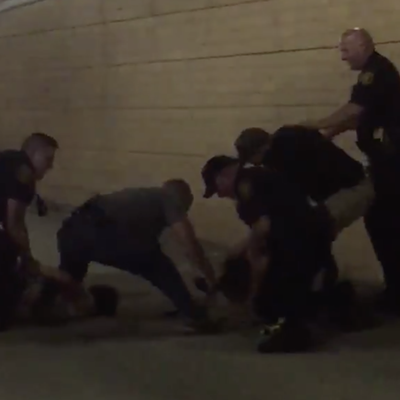