Image courtesy of the Society to Preserve the Millvale Murals of Maxo Vanka
Vanko, a Croatian immigrant, created the striking paintings in the 1930s and ’40s, indelibly depicting the effects of capitalist greed and war on everyday people.

The 25 larger-than-life murals, which circle the church’s sanctuary, have long been in need of restoration and improved lighting, and 10 have already been restored.

Now, The Heinz Endowments has promised $30,000 toward completing restoration of Vanka’s "Battlefield Scenes" if $60,000 in donations can be raised. As of this past Wednesday, the Society to Preserve the Millvale Murals of Maxo Vanka needed just $8,000 more to meet the challenge — but it has only until tomorrow, Sept. 30, to raise it.

Donations of any size are welcome. A donation of $40, plus the $40 match, for instance, equals one hour of conservation work.

To learn more about Vanko and the murals, or to donate, see here.

New report on economic impact of the arts in Pittsburgh

Pittsburgh runs with the big kids when it comes to the economic impact of the arts, according to a new report from the Greater Pittsburgh Arts Council.

Perhaps more surprisingly, Pittsburgh ranked highly in such categories even alongside much larger cities and counties: for instance, 10th nationally overall in total arts spending (just behind San Diego) and ninth in arts jobs (ditto).

Update from Roberto Clemente Museum: "We just received word that the relief efforts in Puerto Rico are no longer asking for donation of goods, but simply monetary donations to help rebuild. Thank you everyone for your ongoing support, and we look forward to seeing you at the Open House on Sunday."

Anyone even vaguely familiar with the life of former Pittsburgh Pirates outfielder Roberto Clemente knows without question what he would be doing if he were alive right now. As much a humanitarian as he was a great ballplayer, Clemente would be working nonstop to deliver aid to his home country of Puerto Rico, which has been devastated in the wake of Hurricane Maria.

Clemente lost his life while delivering supplies to Nicaraguans following an earthquake in 1972. Now, as Puerto Rico struggles to get enough food, water and resources to care for its citizens, Roberto Clemente Jr., his family and the museum dedicated in the late ballplayer's honor are springing into action.

Louisiana’s “Cancer Alley,” a hub of petrochemical production, is the point of comparison for this region, which is the planned future home of Shell Chemical’s ethane “cracker” plant in Beaver County and other facilities feeding off Marcellus Shale gas extraction here. By several measures, Allegheny County is already among the worst counties in the U.S. for cancer risk. Environmental advocates fear what will happen if new facilities add more toxic pollution to the mix.

Each week we post a song from a local artist online for free. This week, it’s “Open Door” by multidisciplinary performance duo //slowdanger\\. It’s a spacey electronic number with a dreamy melody that makes you want to dance in a zero-gravity chamber.

To download "Open Door," right-click here and select "save link as."

Local bar-industry fixtures Tim Russell and Lucky “The Painproof Man” Munro join forces on Sun., Sept. 24, to raise funds for hurricane relief efforts in the U. S. Virgin Islands. Russell, the owner and distiller at Maggie’s Farm Rum, and Munro, who runs a tiki pop-up series called Cane & Grog, both feel that the Caribbean and its people have had profound effects on their lives and their careers.

Just four performances remain for this stunner of a show, getting its Pittsburgh premiere at The REP. Photo courtesy of John Altdorfer
The cast of "The Scottsboro Boys" at The REP
It’s the story of an infamous miscarriage of justice — nine black boys and young men in the Jim Crow South who served years in jail for a rape that never happened — told as if it were a minstrel show.

But there’s more to this 2010 musical from Kander & Ebb (Cabaret, Chicago) than that stinging irony. Almost the entire cast re-enacting the story at the Pittsburgh Playhouse, including all the actors playing the “boys” and the stock minstrel figures Mr. Tambo and Mr. Bones, are black. So black actors portray not only black characters, but also most of the story’s white roles, including various cops and lawyers and even the two women who leveled the rape accusation.

In the hands of director and choreographer Tomé Cousin and this splendid cast, all that means not only some thoroughly entertaining theatricality, but also a wicked lampoon of white supremacy. 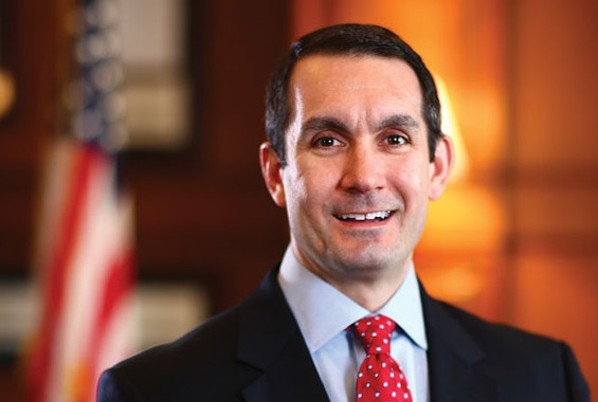 From the early days of America's colonies, thousands of enslaved African laborers helped launch and sustain South Carolina's commercial rice industry. Despite their ingenuity, and their role in helping Southern planters become rich, they have remained largely forgotten.