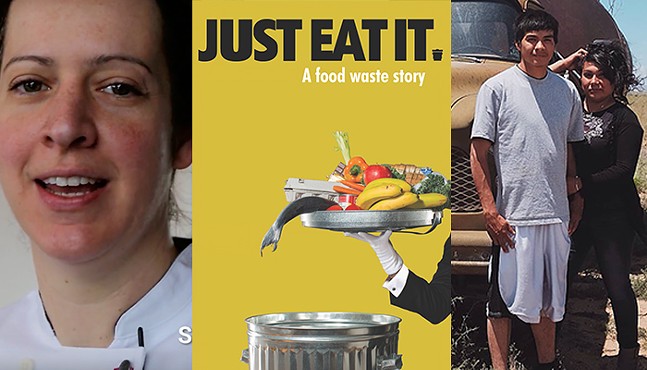 Pittsburgh Restaurant Week runs Aug. 14-20, and to mark it, Pittsburgh Filmmakers is presenting several programs about food, cooking and community here in Pittsburgh and around  the world.

Featured is the recent documentary from Grant Baldwin, Just Eat It, which looks at food waste. Folks throw as much as 50 percent of food in the trash, so surely there is a better way. The filmmaker tries living on "discarded" food, and explores other strategies for preventing or utilizing food waste.

The films screen at both the Harris Theater, Downtown, and the Melwood Screening Room, in Oakland. Tickets are $8 for Just Eat It, $5 for the shorts program, and $12 for both. The complete schedule, including special raffle-and-swag nights for 412 Food Rescue on Fri., Aug. 18, and Sat., Aug. 19, is here.