Pops and Botches: The best and worst from WWE TV this week | Blogh

Photos Courtesy of WWE
Pops and Botches is a weekly roundup of the WWE happenings on Monday Night RAW, Smackdown Live, 205 Live and NXT as told by me, Meg. I’ll break it down by pops (good things) and botches (clear misses) for each show. These are obviously my opinions, most of which I log live while watching these shows.

Due to an impending trip to NYC to see the UK’s Progress Wrestling show in Queens, there is no Pops and Botches for 205 Live and NXT this week. Next week we’ll be back in full form, so enjoy the briefer read this week. Here goes!

RAW
Seth Rollins v. Sheamus was an absolutely beautiful match, so big ups there. And when Rollins got jumped and Dean Ambrose didn’t come to help him, it furthered the emotional story line of Rollins trying to salvage his relationship with Ambrose and feeling hurt that Ambrose won’t forgive him and have his back.

And on that note—the match between Ambrose and Cesaro was also wonderful, and when Rollins came out to help Ambrose after his winning celebration is interrupted by an enraged Sheamus, it made my heart explode in all sorts of feelings. When Ambrose finally offers the Shield fist bump to Rollins, he shakes his head and walks away because his relationship with Ambrose is complicated. It’s a genuinely emotional storyline that I feel invested in. If this doesn’t lead to a storyline where Ambrose goes heel on Rollins, I’ll be incredibly disappointed.

Roman Reigns getting hit with a flying office chair by Braun Strowman was absolutely incredible. I screamed out loud.

Goldust’s little promo about finding a new protégé at SummerSlam has me very excited. In my dreams Paige comes back and he manages her, but I have a feeling we won’t get that.

John Cena issuing a verbal teardown to Baron Corbin was sick. Baron is so clunky on the microphone, his tattoos are bad, he’s not particularly fun to watch, and his ring gear pants look like they could belong to every nasty traveler who has cat-called me in the South Side. Seeing Cena use fan signs to aid in his takedown (“Baron Corbin is a dumpster fire”) made a giant arena feel intimate, and the shot of Corbin looking at himself insecurely trying to figure out if he actually was “skinny-fat” made me giggle. The crowd chanted “Dumpster fire” at Corbin. It was beautiful.

The crowd so excitedly cheering the arrival of Daniel Bryan made my chest feel warm. Toronto’s crowd may have been a bunch of turds, but their Canadian pride is adorable.

Tye Dillinger and Sami Zayn teaming up in their home country of Canada was also a beautiful thing. They put up a good fight against the Usos, even if they had to lose so that the Usos could lure out the New Day and further that storyline.

Seeing a more aggressive side of New Day as they jumped the Usos was sick. It’s fun to see them have an aggressive and mean side in spite of their bubblegum fun gimmick.

Fashion Peaks (the Fashion Police spoof of Twin Peaks) is amazing. It’s funny, sharp on the pop culture references and compelling enough that I want to tune in every week to see the progression of the Fashion Police’s investigation. The Arn Anderson cameo was great too.

Rusev attacking Randy Orton. More of that, thanks!

Kevin Owens absolutely crushed it in the segment with A.J. Styles and future guest referee Shane McMahon. I’m so excited for that match at SummerSlam. 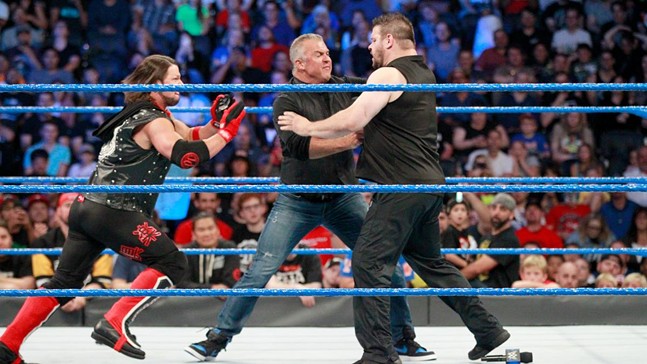 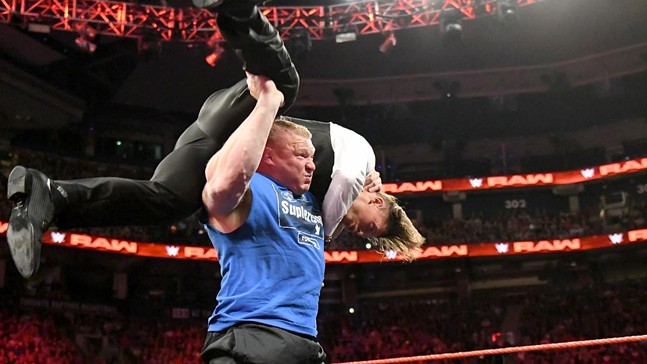 Toronto’s crowd was abhorrent. Fuck those nightmare gremlins and their booing of Bayley, a woman who puts her body on the line for fans like them every week and cannot compete at one of the biggest events of the year due to a separated shoulder.

I am not a huge fan of opening RAW in the exact same way every week because it’s usually just some talking and then a beat down, and that’s boring. This week the “exciting” beat down was delivered by a surprise appearance of Brock Lesnar, so it just made me want to snooze. Besides, why should I be surprised the Universal Champion is on the show? Shouldn’t the champ always be around, ready to defend the title?

The Jason Jordan-being-Kurt-Angle’s-son storyline is so bad. The crowd hates it. It hurts to watch.

This hurts to type, but I hate the Balor v. Wyatt feud. Why are they fighting even? Everyone’s speaking in riddles! I like when Balor becomes the demon, but Wyatt is not worth that kind of treatment! Make it stop!! 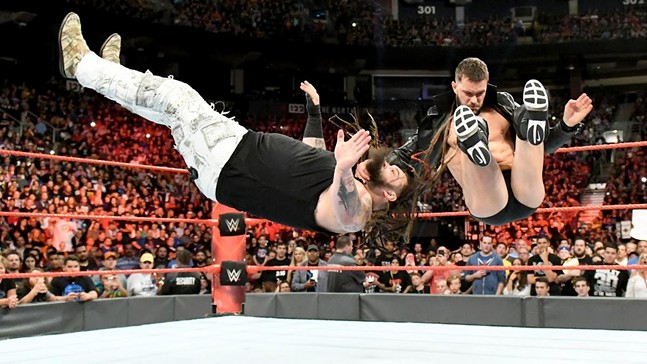 The match between Mickie James, Nia Jaxx and Dana Brooks was not good. It was so short, and Jaxx stresses me out so much because she just seems so apprehensive about everything she does, and that kind of apprehension leads to actual in-ring botches and injuries. 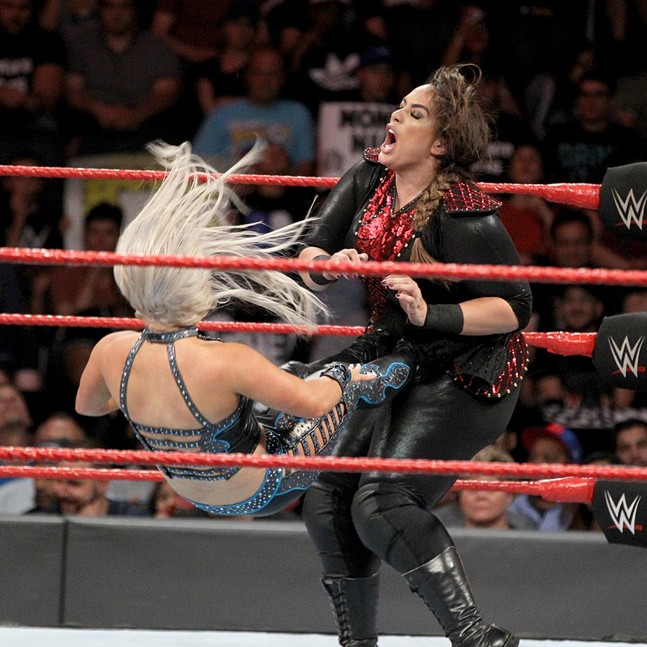 What are those stupid factoids that pop up on the side when someone comes out? They are never good, interesting or relevant. Get ‘em out of there!

For being around for so long, Randy Orton is not compelling on the mic. He just seems like he’s reading from a script.

Lana v. Charlotte was awful because Lana is not good. Give Charlotte an opponent who can fight her in an exciting way. Thanks!

Beyond that, I’m sick of watching Lana getting squashed. There are so many talented women in WWE and NXT. Bring up fresh talent if you can’t write anything for the group you have. I want a women’s division that is hearty and healthy, and that can’t happen when you have a competitor who is not great and gets destroyed constantly.

The crowd chanting “We want Ellsworth” during Naomi vs. Carmella was trash. Only nasty white bros want that vaguely human creature to show his chin-less face. And of course he did to help ‘Mella win. Let ‘Mella be slimy on her own. It makes her look weak to have her get her ass beat every time He Who Must Not Be Named can’t show up to help. She can cheat to win without him. Do better, WWE.

The production on Nakamura’s promo was really strange, so this botch is handed to the folks in the back. The promo itself wasn’t bad, and I look forward to seeing the Nakamura dynasty come to life, but the sound engineering and pacing was bizarre.

Randy Orton v. Jinder Mahal in a grudge match. Orton pinned Mahal clean. I thought the feud was over, I guess not!! I guess we have to suffer RKO’s presence forever!!