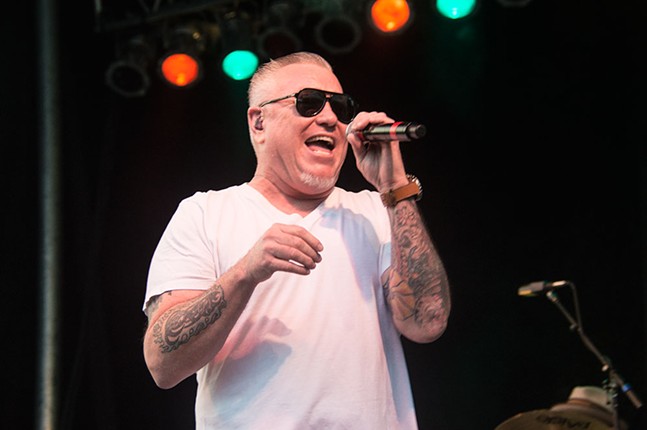 CP photos by Jordan Miller
Smash Mouth at the 2017 EQT Pittsburgh Three Rivers Regatta
Were you at the free Smash Mouth concert at Point State Park this Saturday night during the Regatta wondering, “What’s up with all these people dressed up as Shrek?”

In 2001, the rock band’s songs “All Star” and “I’m a Believer” (a cover of The Monkees’ original) were featured on the soundtrack to the hit movie.

If you haven't kept up with their prolific Twitter presence, which boils down to a stream of self-promotion, politics, Bay Area-sports and Shrek-related content, get on that.

Since their early 2000s heyday, some folks have been associating the band with the green ogre, leading to an anonymous person posting an ad on Pittsburgh’s Craigslist last month: “Come to the Smash Mouth Concert Dressed as Shrek.” A Facebook event page followed, and 5,600 people clicked that they were interested in attending.

Check out our photos from the concert and, yes, lots of fans decked out in green. 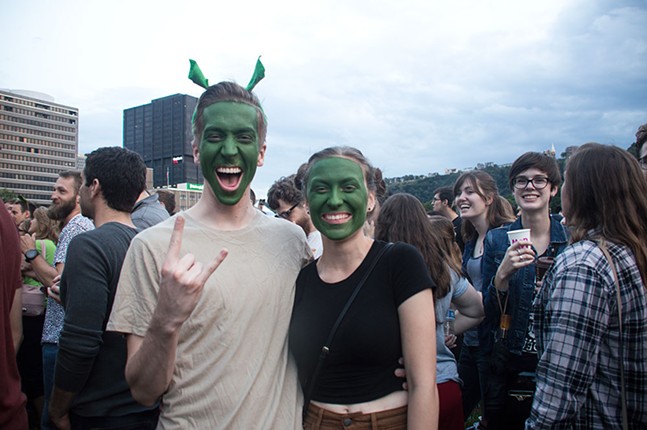