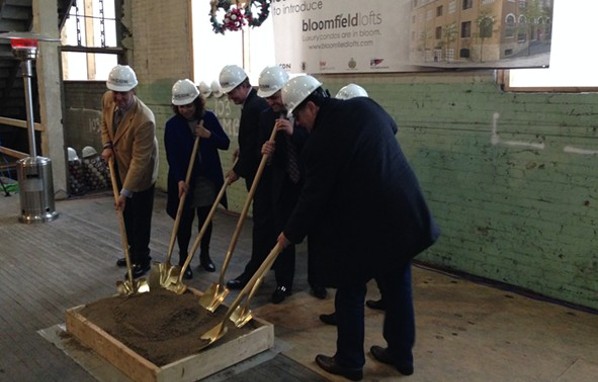 “If the area is adding 1-2 jobs per unit, then that is indicative of a stable climate,” says Apartment List data analyst Chris Salviati. (San Jose, by contrast, had a job-housing ratio of 5.5.)

Additionally, Salviati says that cities like Pittsburgh have a factor that may keep housing markets stable here even longer than their numbers indicate: vacant units. The Apartment List data only took into account new housing construction, not small renovations to existing housing units. The city of Pittsburgh itself has more than 1,000 units that could be renovated into attractive housing.

“In a lot of these places, you are seeing as the jobs are added, we are definitely seeing vacancy rates go down,” says Salviati. “That is the definitely the case in places like Pittsburgh, as demand increases, the vacant inventory acts as a buffer.”

But unlike other Rust Belt metros (Detroit, Cleveland, etc.), Pittsburgh is not suffering from an oversupply of housing compared to jobs. For example, while Pittsburgh’s job-housing ratio from 2005-2015 is 0.4, Detroit’s is -2.3 and Cleveland’s is -1.7. While this means that Pittsburgh may have less vacant structures than those regions, it also means that Pittsburgh is closer to an undersupply in housing and housing prices rising significantly.

In fact, Pittsburgh already has the highest rent growth of Midwestern, Rust Belt cities at a 31-percent increase from 2005-2015, tied with St. Louis. Over the last few years, City Paper reporting has shown that in some neighborhoods of the city, rising rents are causing affordable-housing shortages, even as others aren’t seeing rising rents and home prices. So while statistics indicate the Pittsburgh region’s housing market may be doing better than other comparable Rust Belt metro areas, it also may be closer to encountering widespread housing problems.