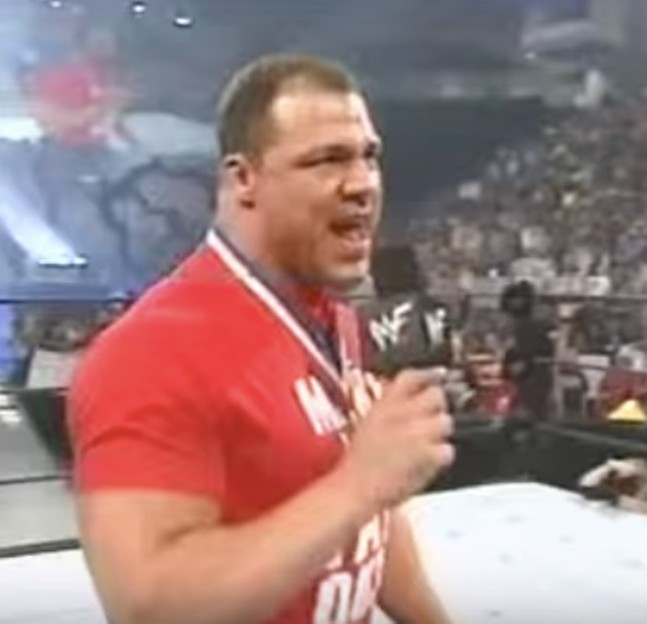 Throughout the history of professional wrestling, what a performer can do on the mic is often just as important as what they do in the ring. Each afternoon, Smark Attack will highlight a wrestling promo that shows off the best, and sometimes the worst, in pro wrestling microphone work.

Last night on WWE Monday Night Raw live from our very own PPG Paints Arena, WWE Hall Famer, Mt. Lebanon native and 1996 Olympic Gold Medalist Kurt Angle made a triumphant return to the Steel City as Raw's General Manager. He didn't wrestle, of course, but earlier this year Angle returned to WWE for the first time in 11 years following his departure in the middle of serious addictions to pain killers and alcohol.

But it was just old times when Angle stepped out from behind the curtain and was greeted to the familiar chants of "You Suck." Most people wouldn't celebrate this, of course, but for Angle it's a badge of honor that showed how over he was as a heel. So, in honor of Angle's WWE return to Pittsburgh, here's the 2002 promo that started the "You Suck" phenomenon.