Myra Galarza is the drummer of joyful punk band Bad Cop/Bad Cop. Her raspy voice and great sense of humor fill every space she goes with a bright energy, as City Paper discovered upon interviewing her at this year’s Warped Tour. We chatted about experiencing unfamiliar weather, letting loose on a busy tour and seeing sexism in punk rock.


You’ve reached the halfway point of Warped Tour—how’s it been so far?


It’s been great! We’ve been having a lot of fun, and we’ve been going through some crazy weather off and on. I think I’ve had more wet clothes than dry clothes in the past week [laughs], it’s been crazy. It’s great though, it’s kind of amazing to see so much rain.


You’re from California right? Not the rainiest state.


Yeah, we’re from California. It don’t rain like that out there! We wish it would rain there. Going to other parts of the states and seeing the rain coming down, it’s like we didn’t know rain could be like this. It’s a whole different thing when it rains in California, people kind of freak out [laughs]. We don’t know how to handle it and nobody goes out. If you have a show and it’s a rainy night, forget anyone coming out! The traffic gets so bad, there’s so many accidents, you’ll be lucky if a few people come out to the show.


I feel like it usually rains at Pittsburgh Warped Tour, so I’m surprised at how sunny it is!


Yeah! It has been kinda nice to get out of the rain, since we all thought it was going to rain today. I’m so glad we’re dry, for once I can have a good hair day!


Are yinz traveling in a van or a Bandwagon or bus on this Warped run?


Oh god, a Bandwagon. I don’t think we could do this tour in a van. We probably would have killed ourselves or each other by now [laughs]. It’s really just too many of us to be in such tight quarters. Definitely this has been the hardest working tour we’ve been on, probably.


Did anyone else from Fat Wreck Chords who is a Warped veteran give you any words of wisdom?


Actually no, but we’ve gotten words of wisdom from our friends the Interrupters, Beebs from Beebs and Her Money Makers. She gave us advice and she even came and joined us for a few days, stayed with us in our Bandwagon. And the Interrupters gave us a lot of insight when we toured with them, them and Masked Intruder. And the Strung Out guys just left, so we’ll be seeing them at the end of the tour.


There’s always this perception of Warped Tour as a punk rock summer camp, and that leads to close friendships. Are there any bands that you find yourself hanging out with?


Yeah! What’s great about this tour is that it’s bringing a lot of different people together. Lots of different genres, be it punk or hardcore or metal. The fact that we’re on the Hard Rock stage, we’ve kind of got a nice diversity of bands that fit that bill, so it’s nice to share that stage with those bands and also playing and seeing them everyday is great because we’re all coming and supporting each other every day, as much as possible.


Other stages like the Skullcandy and Journeys’ stages, we know folks in bands that are playing on those stages, so it’s cool to check everybody out and get a taste of everything. We’re open to different types of music.


I’m glad to see there’s more punk rock attitude on this year’s bill, it’s cool to have that back. I’d like to see more of that, and I think others would too, but I think it’s a good start. It’s heading in a great direction.


I personally stopped going to Warped Tour in like 2003, first of all because I got tired of festivals and standing around all day, and it wasn’t worth it to go see such a finite amount of bands. But it’s nice to see that people are still doing that and they are keeping it alive and Kevin keeps everything going along smoothly. He’s a great person to work with and talk with.


Are there certain bands you’re watching a lot?


Save Ferris, a lot of the bands on our stage like Sick of It All, Municipal Waste, Adolescents, which is one of my all-time favorites because I grew up on that stuff, so it’s nice to be sharing the stage with these guys. It’s nice to be on a tour and see them on a daily basis and become good friends and we’re high-fiving each other, it’s great.


On top of that we’re next to the Skullcandy stage so we have our friends from Barb Wire Dolls from L.A., we share a studio with those guys so it’s nice to see them on this whole tour. And we’re watching War on Women and Sonic Boom Six. There’s so many great bands we’ve become friends with on this tour and it’s nice to see friends we already had before the tour every day.


Bad Cop/Bad Cop is no stranger to festivals, but Warped is this weird traveling festival. What’s the most fun thing about being on a festival tour like this? What makes it different? What makes it challenging?


This festival is just really long, so we definitely miss being home when we’re on the road for this long. We’re gone for two months, and it can put a strain on everybody. The last day we had off was on the third, so we’ve been going 10 days straight. There are only three days off in this month. It’s a lot of work, and when you’re doing this every day you have to be all in and put in that work. Everyone has to be committed. Everyone on your team and in your band has to do things every day. We have to wake up early, and we usually put in 12-15 hours a day of work.


We’re out in the sun a lot and getting weathered, losing weight and getting fit. We’re going to come home all fit and then just gain all the weight back in a week because there’s so much food we miss from home [laughs]. At the same time, what I love about this festival is that you’re so well fed and they take really good care of you. It’s just so nice to hang out with your friends and have a barbecue at night.


I just have to be careful not to party too much after the day is done, especially on these long stretches because I need to stay hydrated. I don’t know how some of these cats do it.


BCBC seems really tight knit, and I’m curious how you take care of each other when you’re out on tour? How does such a long stretch on the road affect your creative process, if at all?


I think it doesn’t, unless we’re super tired and it’s really hot. Before our set we get warmed up and make sure we prep and take the time to eat something, take care of your voice, get your rest, stay hydrated. We help each other out too by working in teams, so Stacey [Dee] and Jen [Cotterill] will handle the merch with our merch guy and the tour manager handles all the overhead stuff, makes sure we get up and do things and have our interviews and arrive and leave on time. Me and Linh [Le] usually handle the gear and stage stuff.

We also try to pep talk each other. It’s different for everybody, but being on the road can be really hard, and we have to make sure that we stay synced and focused and on the same page. We have our little talks and pep talks, we try not to let the stress of being away and being on the road get to us, because that happens.


Lyrically I like that Bad Cop/Bad Cop seems to be really in tune with the world and what’s going on around us, and when you’re on Warped Tour you’re a little more removed from the news, but shit can really feel like a dumpster fire. How, if at all, does that knowledge impact your performances?


Depending on how we feel and what our moods are, that affects our performance above all. We always try to take a deep breath and think of the negativity on our minds, that could be home life or world stuff, or even just being tired and hot in the weather. And then we let it go.

When I perform, I’m performing for people, so I pretty much always try to put on a smile and make other people smile and feel happy. We try to have fun on stage and hope that reflects onto the audience.


We’re not trying to be “preachy” or “cringey,” which we’ve heard from others. We’re obviously playing “Womanarchist” off of our newest record Warriors, and some people really don’t like that message, I guess.

I wondered if things got weird after that incident. But it’s not like sexism is a new thing in the scene?


For me, I don’t care what you say, I’ve seen bands back in my day since I was like 11 years old, punk bands, all types of bands. I’ve gone to many shows, and I know that growing up and going to shows at that time ... it wasn’t really accepted for girls and women to be a part of that scene at the time. It was tough. But it didn’t stop me from going. We got pushed and spit on, and I’m not talking about singers, I’m talking about boys in the pit watching the band.


I remember me and my friends would ally against it and get together and show that girls wanna get in the pit too and girls want to dance and slap. And we’d join arms and go around the pit a couple times, because we weren’t going to led dudes fuck with us. I’m glad to see that women are starting that movement again because we do need safer scenes for everybody, not just women. Shows should not feel like they aren’t safe when music is an escape.


Punk rock is not about being malicious and saying bad things to people.


What have you been doing in your free time and off days?


Yesterday we went to the theme park after the show to have some fun, release some stress, scream your ass off on a roller coaster and feel like a kid again. For a moment it’s nice to forget there’s any responsibility. We went to see Wonder Woman on a day off at a theater in Arizona and the air conditioning felt so good and the recliner chairs were so nice [laughs]. 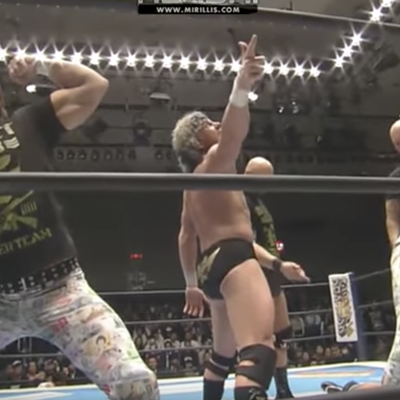