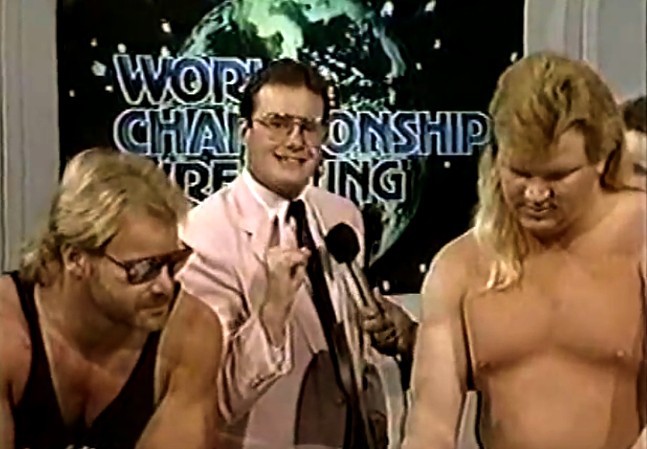 Jim Cornette (center) and the Midnight Express
Throughout the history of professional wrestling, what a performer can do on the mic is often just as important as what they do in the ring. Each afternoon, Smark Attack will highlight a wrestling promo that shows off the best, and sometimes the worst, in pro wrestling microphone work.

Wrestling Manager, promoter and booker Jim Cornette has been involved in pro wrestling for decades both on screen and behind the scenes. If you wanted to spend the time, you could probably find 25,000 promos by this guy. This is one of my favorites because for more than 2-and-a-half minutes he talks non-stop while his team, the Midnight Express, just stands there trying to look useful. He's undoubtedly a mic master.