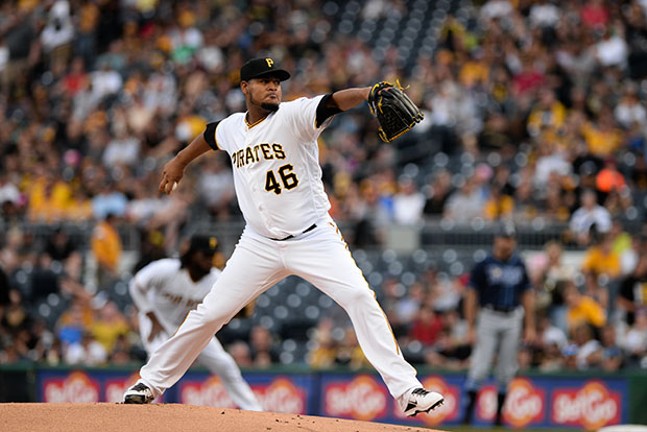 
Now that hockey season is over, local sports fans are putting their energy back into cheering on the Pittsburgh Pirates. At PNC Park last night, the team made those fans proud with a 6-2 win over the Tampa Bay Rays. Here are highlights from the game from photographer John Hamilton. 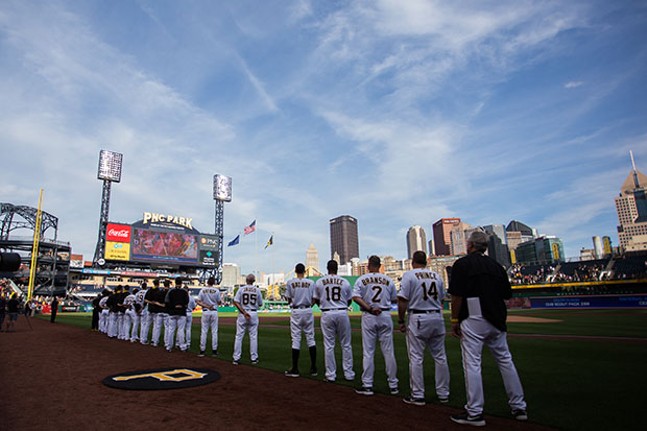 Pirates players stand on the field during the playing of the National Anthem. 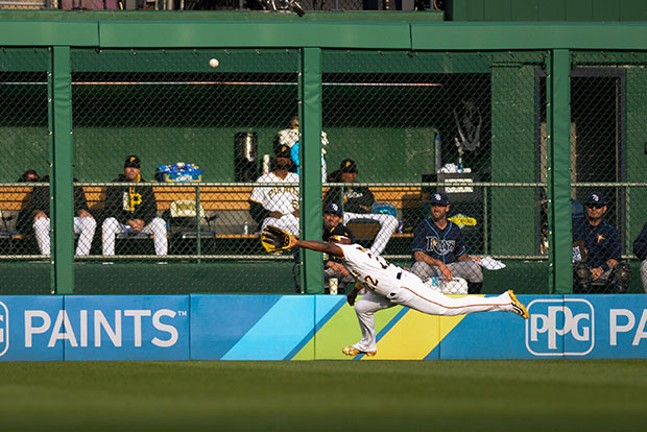 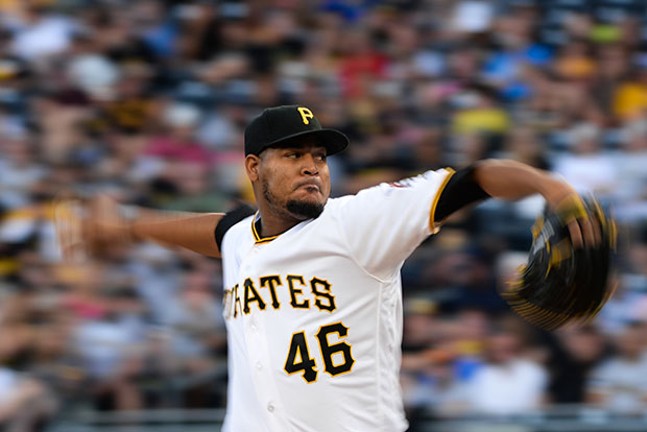 Ivan Nova didn't pitch into the 6th inning for the first time this season, but it was enough to earn a win. 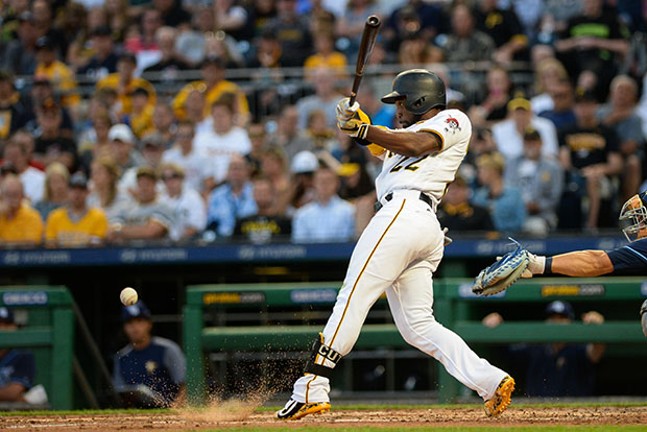 Andrew McCutchen fouls off a ball into the dirt. He scored twice on two walks in yesterday's game.

Andrew McCutchen rounds third headed for his first run of the evening. 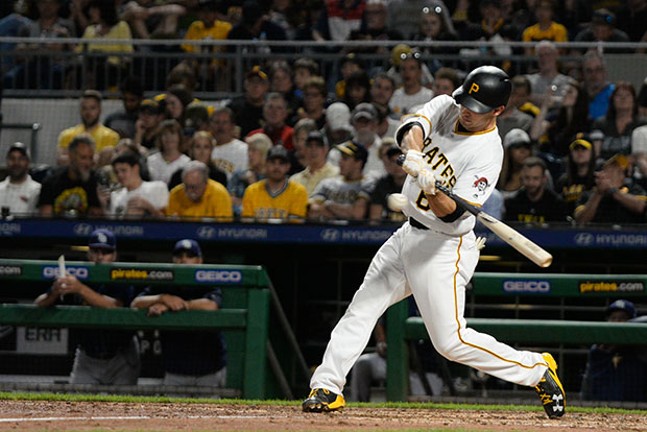 Second baseman Max Moroff fouls off a pitch. He went 0 for 4 on the night with two strikeouts. 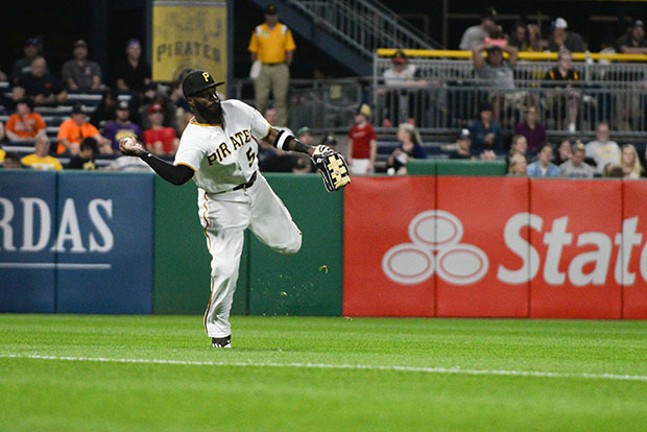 Short stop Jordy Mercer applies a tag a bit late as the Ray's Logan Morrison slides in for a double. 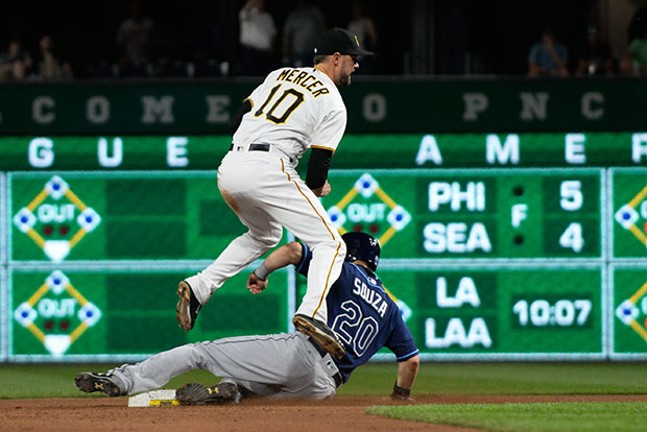 Left fielder Josh Harrison and center fielder Andrew McCutchen walk back into the dug out between innings.

Jordy Mercer tosses a ball into the crowd between innings.

Josh Bell rounds the bases after hitting his 15th home run of the season.