CP photos by Krista Johnson
Fans gathered at Highmark Stadium on the South Side on Sat., June 17 for a charity softball game organized by Pittsburgh Steelers wide receiver Antonio Brown. Proceeds from the event were donated to the Boys and Girls Club of Western Pa.

Besides the game, there were other activities including a dance contest and a home-run derby won by Denver Broncos kicker Brandon McManus.

Photo Intern Krista Johnson was there and captured some of the action. 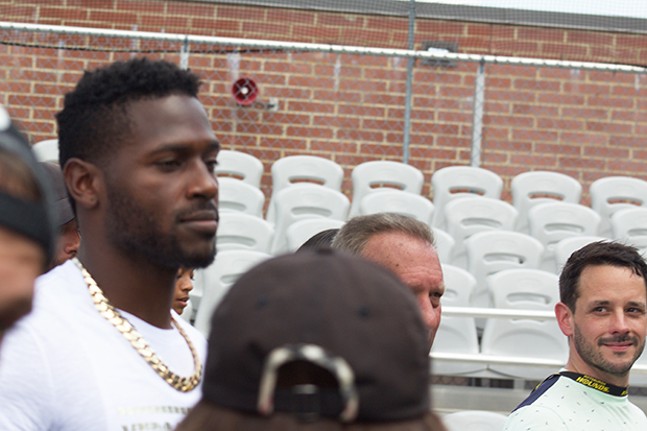