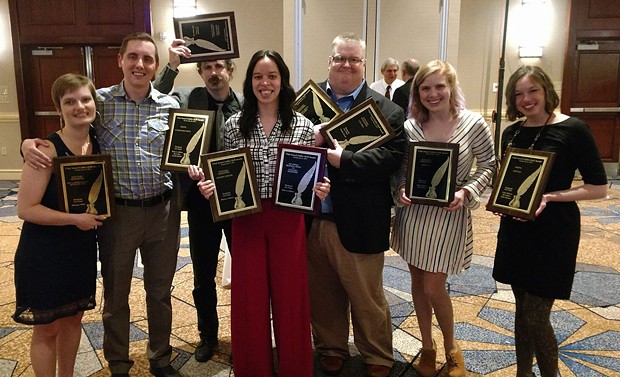 "I think you'd struggle to find a finer collection of journalists in Western Pennsylvania than the staff of the City Paper," Editor Charlie Deitch said. "We pride ourselves on telling the stories that wouldn't necessarily get told in mainstream publications. We are humbled that the judges chose to recognize that work."

News Editor Rebecca Addison won two awards for her coverage of efforts to eliminate statute of limitations in child abuse cases. Her story was awarded the Ray Sprigle Memorial Award, which is given to the best print story for non-daily newspapers. This marks the third-consecutive year that Addison has won the award for best-in-show. 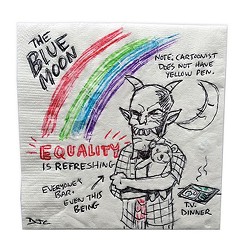 Arts Editor Bill O'Driscoll won first place for environmental reporting for his piece on a Mercer County farmer who stressed the importance of small-scale permaculture.

Freelance writer Kim Lyons won first place for business writing for her coverage of Uber's two-year anniversary in Pittsburgh and the controversy around the company's treatment of their drivers.

Editor Charlie Deitch also won first place awards for sports writing for the Pittsburgh Pirates' use of sabermetrics and his column, Pittsburgh Left, won first place for column writing. Deitch's submissions included pieces on an undocumented immigrant's struggle to stay in the country, the social impact that the late-Pittsburgh actor and activist Bill Nunn III had on police-brutality issues, and sexual assault allegations against Pirates third baseman Jung Ho Kang.

In addition, CP also had several other finalists:

Deto's series of stories on undocumented immigrant Martin Esquivel-Hernandez was a finalist in digital investigative reporting. His story on the attention given to tech startups at the expense of manufacturing companies was a finalist in business/technology reporting.

Future brings Nobody Safe Tour to KeyBank Pavilion in Burgettstown