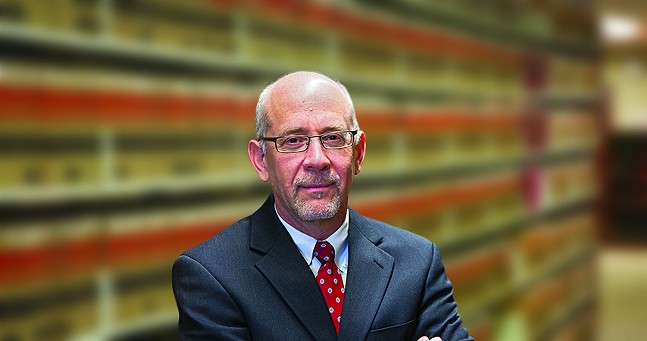 Photo courtesty of Criminal (In)Justice
David Harris
Over the last several years, interest in complex policing stories has mushroomed. The Black Lives Matter movement, as well as immigrant-justice groups, have capitalized and propelled these stories, frustrated in how criminal-justice matters were too often swept under the rug.

University of Pittsburgh professor and well-known policing expert David Harris knows this all too well. For decades, he has been a go-to source for many media outlets (including Pittsburgh City Paper) for criminal-justice stories. He has even testified before the U.S. Congress on the subject.

And with all his available knowledge and expertise, Harris wanted to bring it directly to the the public. So last year, Harris started the Criminal (In)Justice podcast with help from former and current WESA staff members Josh Raulerson and Megan Harris. The first episode aired in March 2016, and this weeks marks the 50th episode.

Harris says the podcast’s success has gone beyond his expectations.

“I think we all knew it would be fun and interesting, but we didn't realize how successful it would be,” says Harris. “I knew from all the media requests I was getting, that there was a real thirst and hunger for information about policing.”

Harris says the podcast has been steadily growing in listenership and that the success of the podcast has led sources to reach out to Harris, instead of the other way around.

"In last four to five months, people have been reaching out to me,” says Harris. “They are pitching us, which is very gratifying. There is a lot of interesting work being done. … If you listen to the same sources, then you get a sense of usual suspects, and I am really trying to avoid that.”

For future episodes, Harris expects there won’t be a shortage of issues to discuss, thanks largely to the current presidential administration that is enacting regressive strategies towards policing. For example, U.S. Attorney General Jeff Sessions has shown interest in increasing enforcement for minor drug crimes, and President Donald Trump already changed the U.S. Department of Homeland Security guidelines to make it easier to detain undocumented immigrants.

Even with this anticipated focus on the federal government, Harris says he’s “going to have to be careful not to give people Sessions fatigue,” and will also highlight some of the progressive policing policies being practiced by state and local law enforcement.

“A lot needs to change [in terms of policing] and there are a lot of people doing it, and those are the people we want to get to know,” says Harris.

Those interested can listen to the Criminal (In)Justice on its homepage at www.criminalinjusticepodcast.com.