CP photo by Katey Ladika
Pittsburghers took to the streets on Jan. 21 in two separate marches: The Women's March on Pittsburgh Downtown and the Our Feminism Must Be Intersectional Rally/March in East Liberty. The Women's March was a sister march to the national March on Washington and coincided with marches in cities around the country and abroad. The East Liberty march focused on black feminism.

Check out our slideshows from the events below.

Our Feminism Must Be Intersectional Rally/March 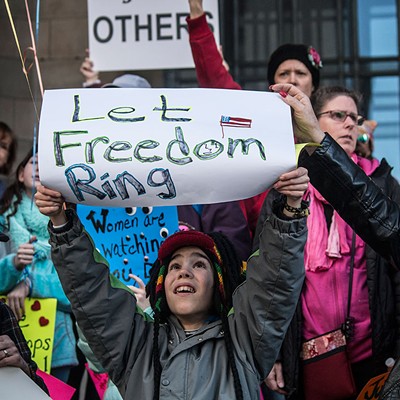