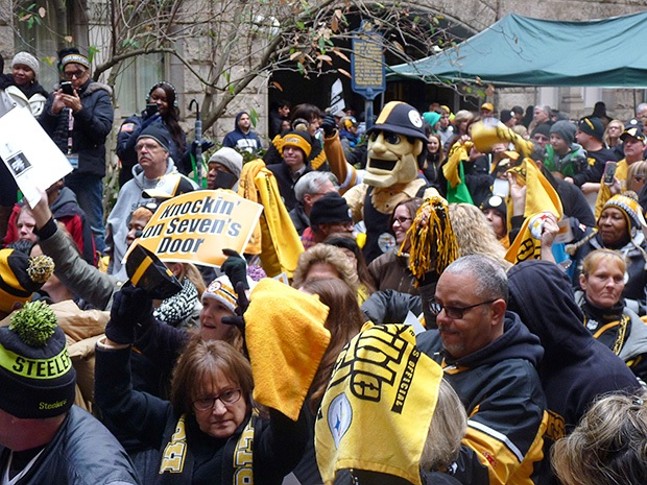 The large crowd had gathered for a playoff rally to cheer on the team after last weekend's win against the Miami Dolphins moved them one game closer to the Super Bowl. 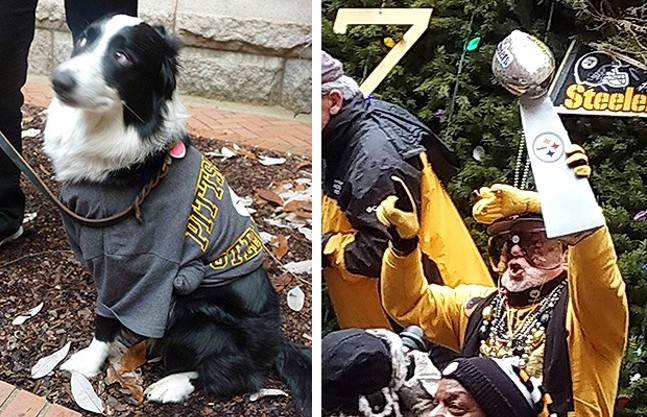 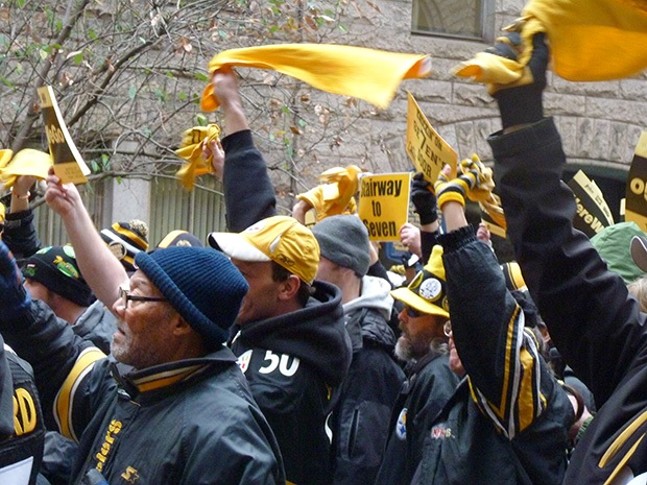 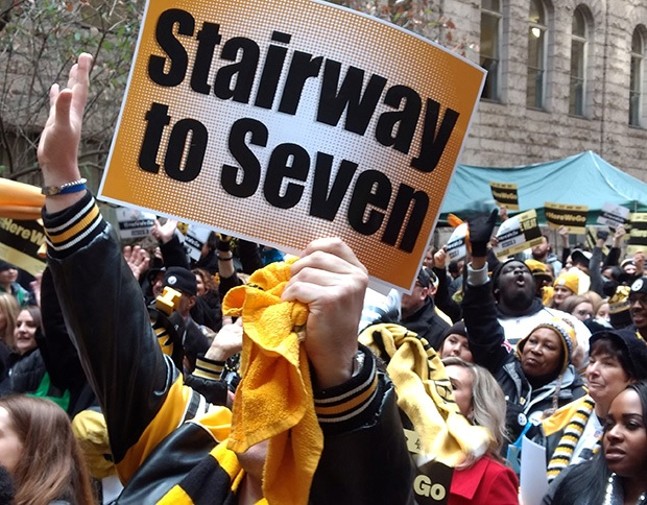