Final performances of “Between Riverside and Crazy” at Pittsburgh Public Theater 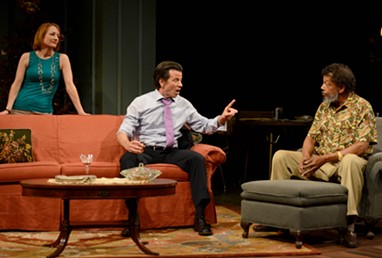 Photo courtesy of Pittsburgh Public Theater
From left to right: Dawn McGee, Drew Stone and Eugene Lee in "Between Riverside and Crazy"
The playwright, Stephen Adley Guirgis, is arguably the hottest in the country right now. Earlier plays of his to cause a stir on local stages in recent seasons include The Motherfucker With the Hat and Jesus Hopped the ‘A’ Train (both at barebones theater); Our Lady of 121st Street (at Point Park’s Conservatory Theatre Co.); and The Last Days of Judas Iscariot (at Throughline Theater Co.).

“Riverside” feels particularly incendiary at times. A retired, recently widowed cop is bitterly fighting a legal battle against the city while trying to hang on to his rent-controlled apartment and confronting his relationships with former police colleagues, his own ex-convict son, the son’s flighty girlfriend, unstable buddy and more.

Guirgis’ characters, as usual, inhabit a keyed-up world of salty humor and sudden violence, but the Public’s cast and crew ably bring out the script’s subtle emotions as well. It's a pungent mix of domestic drama, cop story, social commentary and sex comedy.

Performances continue through this Sunday’s matinee.

The Public's O'Reilly Theater is located at 621 Penn Ave., Downtown. 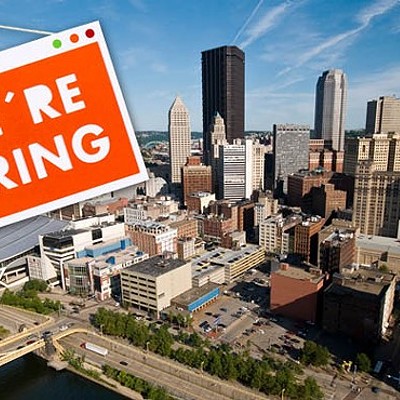