How did progressive Josh Shapiro win the Pennsylvania attorney general race in a GOP-dominated election? | Blogh

How did progressive Josh Shapiro win the Pennsylvania attorney general race in a GOP-dominated election? 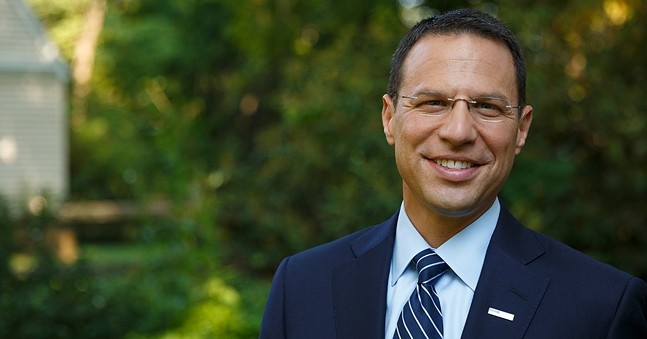 Image courtesy of campaign
Pennsylvania Attorney General-elect Josh Shapiro
This Election Day, Pennsylvania turned red for the first time since 1988. President-elect Donald Trump won the state by 49,000 votes and Senator Pat Toomey won re-election by 92,000 votes. Toomey and Trump differed on trade, but both candidates pushed an anti-immigrant, pro-police campaign. It seemed a clear statement that Pennsylvanians, particularly in rural counties, want the Republican party in charge of their future.

So how in the world did Democrat Josh Shapiro, arguably running on the most progressive principles of any Pennsylvania candidate, win the state’s attorney-general election?

John Hanley, a political-science professor at Duquesne University, believes that most Pennsylvanians weren’t very aware of the candidates for non-national seats like state attorney general, and thus stuck more to their partisan allegiances.

“When you look at this set of election results, take the top of the ballot and separate from the rest,” says Hanley. “Most people don't know who these people are, so most people rely on the standard partisan bias.”

But G. Terry Madonna, a pollster and professor of public affairs at Franklin & Marshall College, in Lancaster, Pa., thinks it was a concentrated effort by the Philadelphia suburbs that secured Shapiro his victory.

“The [Democrats] won all three statewide row-office elections, largely because of more ticket-splitting in the Philly 'burbs,” wrote Madonna in an email to Pittsburgh City Paper. “Shapiro ran many TV commercials there which certainly helped him. [And those commercials] did not focus on a liberal agenda.”

Shapiro on his campaign website championed progressive policies like LGBT rights, prosecuting frackers who pollute, and standing up to Wall Street, but his commercials mostly concentrated on the state’s opioid epidemic and support from the police. And when it came down to it, Madonna says, Shapiro might just have been a better campaigner than his opponent, Republican John Rafferty.

“The Republicans did very little by comparison,” wrote Madonna. “Shapiro was more aggressive campaigning, going all over the state.”