Jen Sorensen's comics appear each week in Pittsburgh City Paper's news section. Her political strips have been on point this year, from the beginning of the year when Democrats were still torn between being "With Her" and "Feeling the Bern" and Republicans were still seriously considering Ted Cruz as a possible candidate, to the end of this season when she really fine-tuned her brilliant hot-headed Trump.

We thought it'd be fun to pick out some of our favorite cartoons from this year. Check them out and stay tuned for a new comic from Sorensen on page 9 in tomorrow's paper. 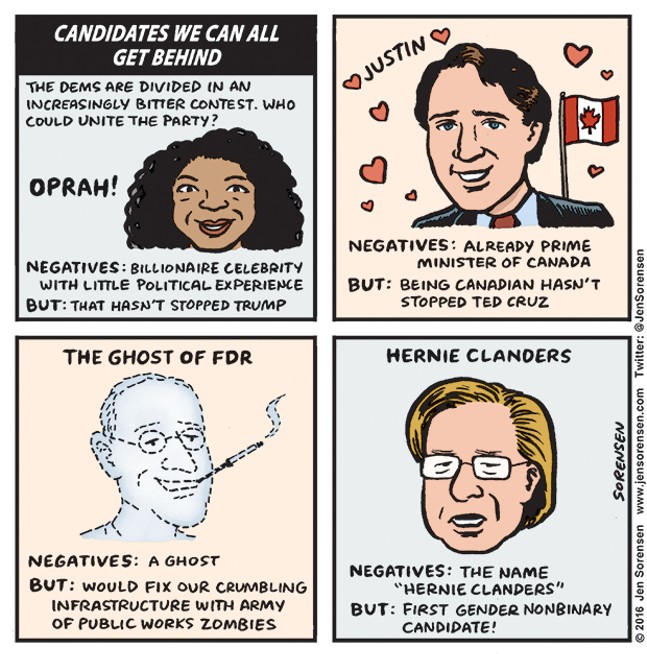