"He lives, he tweets, he walks among us." In 2013, local artist Rhonda Libbey illustrated Pittsburgh Mayor Luke Ravenstahl as our take on Frankstein's monster: RAVENSTEIN.

We hired Rhonda again for our Election Guide in 2014 to illustrate the battle between Governor Tom Corbett and Democrat Tom Wolf. A few weeks later, Wolfman ended up defeating Dracula in the polls.

Don't know what to dress up as for Halloween yet? How about a Sexy Supreme Court Judge? In 2015, Editor Charlie Deitch declared the most important race in our Election Guide the battle for the Pennsylvania Supreme Court. Instead of scary, we chose to go sexy in an attempt to draw attention to a race often overlooked.

But after this year's wild election year, it might be our cover from 2012 that people will be able to relate to the most. 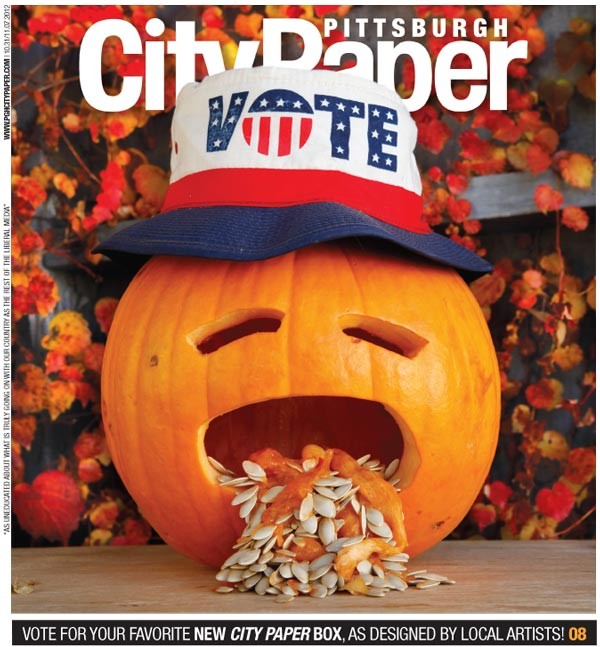