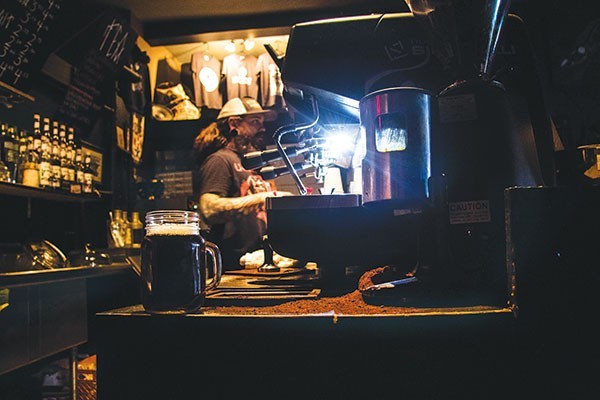 CP photo by Luke Thor Travis
Black Forge Coffee House
For the past few months, residents of the South Hills have been plagued by a series of traffic nightmares thanks to Liberty Bridge construction delays. And now, public-transit users in the South Hills are also being inconvenienced.

Since the closure of the Mount Washington Transit Tunnel, which connects Station Square to the South Hills Junction, Port Authority of Allegheny County light-rail vehicles and buses have had to detour through Allentown, adding additional minutes to daily commutes.

But residents of Allentown are using the inconvenience to their advantage. Tomorrow, business-owners, employees and residents of the neighborhood will gather at the corner of East Warrington and Allentown avenues to draw attention to their community’s growing business district . The event is organized by the Hilltop Alliance, whose executive director, Aaron Sukenik, says the goal is to draw detoured commuters "to come back and shop in Allentown."

“What we envision is the Allentown community coming together to draw the attention of the hundreds of commuters passing through our neighborhood in the morning,” Siena Kane, Allentown business district manger, said in a statement. “This is a great opportunity to promote the emerging businesses and encourage the commuters to come back and shop."

Participants will include Black Forge Coffee House and Spool craft store. The business district has seen the addition of 16 new small businesses in the past two years.

"Our goal is just to have some signage up and hopefully people will see it," says Ashley Corts, co-owner of Black Forge Coffee House. "All of us took a big risk opening up in Allentown, because there's no foot traffic. We're hoping people will notice all of the new businesses here when they're passing through and decide to come back."

According to a release about tomorrow's event, Michelle Lancet, co-owner of Spool, says he's seen the success of sandwich boards and other signage for commuter traffic, especially when the T light rail detours through the neighborhood.

“We always ask new customers how they’ve heard of us, and we were surprised and delighted to recently hear that people came to the shop after seeing it during the trolley detour,” Lancet said in a statement.

The transit tunnel's closure is scheduled to end after Oct. 22.

Pittsburgh's giant pickle ornament bursts, just like all of our dreams
Top Stories 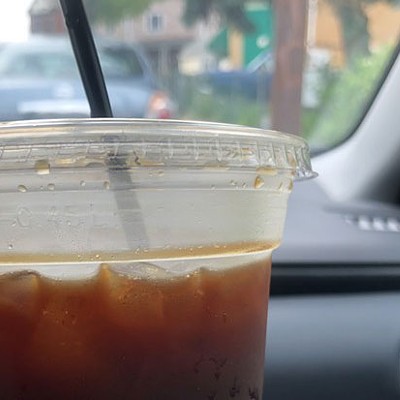