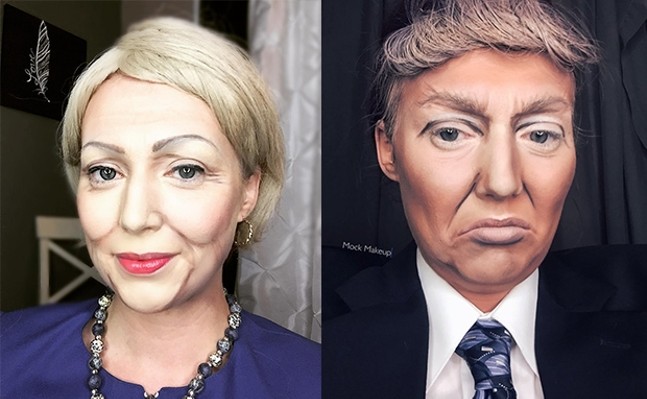 Photo by Mock Makeup
In a presidential election year that's been marked by negativity, Pittsburgh makeup artist Danielle Mock took time this week to inject some humor into our Facebook news feeds. Alongside your friends' posts about Republican nominee Donald Trump's latest sexist or racists remarks and memes about Democratic nominee Hillary Clinton's emails, check out two makeup tutorials on how to steal the nominees' looks.

"They're very interesting characters, Hillary and Trump," says Mock. "And they have pretty unique characteristics, and I was amplifying them to make people laugh, to lighten the newsfeed mood I was seeing."

Just in time for Halloween, Mock made herself over to look like each of the candidates, complete with Trump's trademark orange-hue and Clinton's quiet smirk.

"The main reason I did it was to lighten the political mood," says Mock. "I'm a person who tends to make light of serious topics because life is short. I was seeing a lot of very harsh opinions online."

Mock says she timed the release of the videos on Oct. 10  to coincide with the voter-registration deadline the following day. But she also hopes the videos will inspire people to vote come November.

"I feel like the coverage of the election is very interesting, more negative attention than I've seen in the past," says Mock. "I feel passionate about the topics both parties are representing. As a mother, the nature of things we're showing our children is concerning. And as a woman, it's a very important election. This could potentially be the first woman president. I think people are getting so enthralled with bashing either candidate [that] they're missing the importance of this election. A lot of people aren't sure who to vote for at this point."

As for her preferred candidate, that's something she's not sharing. 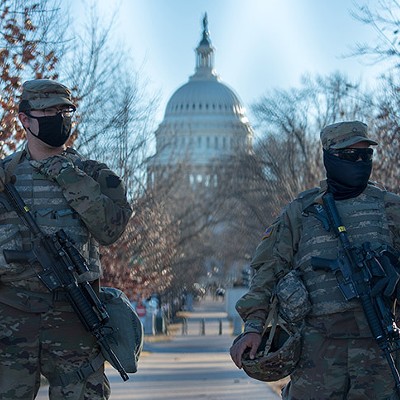