Pittsburgh to launch new mobility and infrastructure department in 2017 | Blogh

Pittsburgh to launch new mobility and infrastructure department in 2017 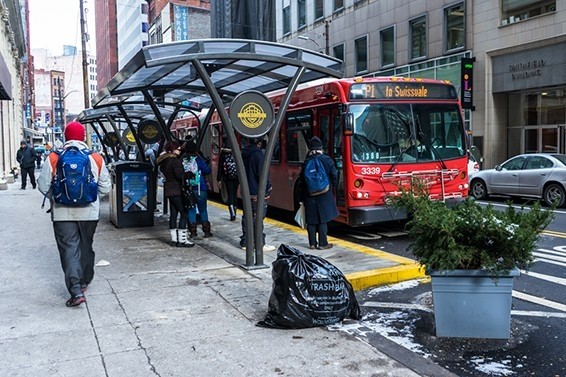 The City of Pittsburgh recently posted a want-ad for a new director of mobility and infrastructure to its  jobs website. The city’s new department will be tasked with transportation planning.

A technical base in engineering or planning is advertised as ideal experience for the position, but according to Alex Pazuchanics, the city’s policy coordinator, the new position’s responsibilities will go beyond the nitty-gritty details.

“One of the goals of the Department of Mobility and Infrastructure ... is to better coordinate across [our] internal departments,” Pazuchanics says, mentioning the departments of public works and city planning as some of the branches the new position will work with.

Pazuchanics says the city tapped into the “national conversation that's happening around urban transportation” to come up with the position, especially in light of the city’s Smart City Challenge submission — a U.S. Department of Transportation initiative that awarded $50 million to the city with the best technology-based solutions to transportation issues.

While Pittsburgh lost out on the money, some of the agenda — which included solar-power autonomous vehicles and smart traffic signals that prioritize buses and trucks — has been folded into the initial goals of the new department . Implementing new technologies will be a top priority, says Pazuchanics.

Instead of investing in the capital cost of new bus lanes, the city wants to find technological solutions that can increase the efficiency of existing infrastructure with the same capacity. That may include “technology we don’t even know exists yet,” according to Pazuchanics.

Pazuchanics says the new department and director are also expected to take input from city residents, as well as government departments, to ensure there is an “equity component” to future planning. He mentions Pittsburgh’s Complete Streets program as a model for future improvements.

“[We want to be] moving people and not just moving vehicles,” Pazuchanics says, citing “public transportation, roads, bike and pedestrian infrastructure, city steps” as within the purview of the new director.

This suits Molly Nichols, the chairman of Pittsburghers for Public Transit, nicely. According to Nichols, PPT is invested in making sure all residents have a voice in transportation decisions in Pittsburgh.

“If the position helps to streamline the process in which our transportation projects happen, that a good step,” Nichols says. “We’d hope anyone who is in this position prioritizes the needs of the residents who use public transportation every day.”

She’s also encouraged that Pazuchanics cited the Complete Streets program as an inspiration for the department.

“We want to make sure there is a good level of accountability,” Nichols says, adding that Complete Streets did a “good job engaging a lot of stakeholders.”

The new position will also cooperate with groups outside of city government, such as Carnegie Mellon University’s Metro21 program, which “research[s], develop[s] and deploy[s] 21st-century solutions to the challenges facing metro areas,” according to its website, as well as work with the Port Authority of Allegheny County.

When contacted, Port Authority spokesperson Adam Brandolph declined to comment on the new director position itself, but said that the Port Authority would “be happy to work with whoever is selected for that position.”

Pazuchanics says the city expects to fill the position and have the department operational by the beginning of 2017.

A conversation with Andrew Bird