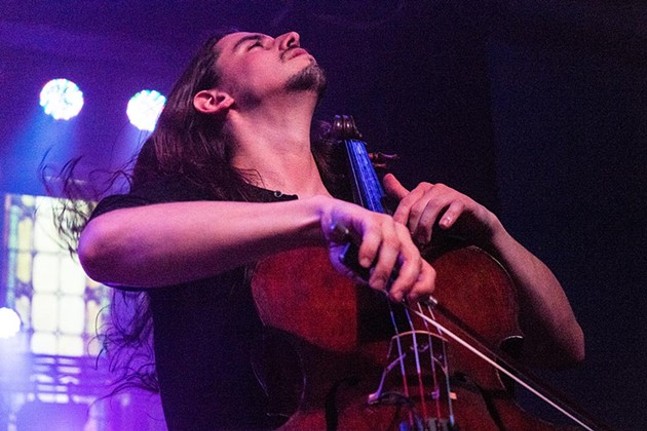 Photograph by Aaron Warnick
Cello Fury performs at Altar Bar as part of the 2016 Strip District Music Festival
Back in June, we reported that Drusky Entertainment's long-tenure at Altar Bar would be ending, as the concert promotion company's lease was running out, and the building was being sold.

Yesterday, it was announced that, because of unspecified building issues and safety concerns that came up during the building's sale, the desanctified church's life as a music venue was cut even shorter than expected, and has been closed as of July 15. Drusky had originally planned a series of farewell concerts which have all been moved to new venues or canceled. The schedule changes are below:

"We’re all very disappointed that we were unable to have one last hoorah," Drusky vice president Josh Bakaitus, who has personally been booking shows at Altar Bar for eight years, wrote in an email to CP. "All of the staff and bands were excited to go out with a bang but unfortunately it is what it is. We’re again thankful that our friends at the Rex have helped us find a home for a lot of our shows and some of our staff.

Bakaitus, who names The Dead Milkmen and Imagine Dragons as some of the most memorable shows he witnessed at the venue, acknowledges that the space elicited mixed feelings from concert-goers. "Altar certainly had its strengths and weaknesses," he writes. "We all know that. A lot of really good people put their hearts & souls into that place to help it improve and succeed. I think whether you hated the poorly designed staircase in the middle of the floor or loved the intimacy of the space, most importantly it impacted you in some way and it was a driving force in the Pittsburgh music scene. I’m very thankful for the time I was able to spend there with the amazing people that grew to become family."