Most people who know City Paper are aware of the fact that we were sold by Steel City Media earlier this year to Eagle Publishing, out of Butler, Pa. And despite moving from one side of our current office space to another, things here, particularly the editorial focus has not changed. 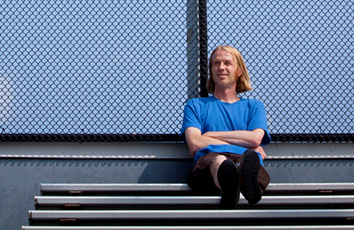 CP File Photo
meeting this morning in which staff members were told that the Q-92 on-air talent were no longer on the air this morning. Sources confirm this, as do our eyes, which witnessed the meeting this morning. We have been told by several sources that the station will run without on-air talent for a few weeks. We are uncertain if the on-air talent will be retained. I asked my former boss — Michael Frischling of Steel City Media — about the changes, and a bit ago he sent me this statement addressing only the fact that the "Q Morning Show" starring Jim Krenn, Mike Wysocki and Chris K. had been taken off the air:

“A mutual agreement has been reached by Jim Krenn and Q929FM, about the future of Jim Krenn & The Q Morning Show. With Krenn’s active schedule of charity work, comedy events, and various other commitments, both parties agree that this would be the best time for Krenn to pursue other obligations that will take him away from the day to day duties anchoring a morning show.

‘I will be working on some film projects, a new web series, along with various comedy events’ says Krenn, ‘and things have really taken off for me since my return to radio.'  Krenn continues, ‘Steel City Media is a family-owned radio station that cares about this community, and those are the kind of people I hope to be around for a long time.’

Jim Krenn will remain as an ambassador for the station and be an active part of Q929FM. Program Director Zak Szabo says 'We hate to see Jim go off the air right now, but we support his decision. He has been an amazing addition to Q929, and we look forward to working with him.'”

I share that piece of news to share the real reason I’m writing anything today. I’m not sure of all the details about what happened at Q-92 or if the talent has been permanently removed or not, but I have my suspicions. But here’s what I know for sure: Regardless of what happens there, comedian, sports columnist and all-around great Pittsburgher Mike Wysocki will continue writing his column for us here at City Paper. I texted with Mike today, and not only will he continue to write for us and do his weekly City Paper Snapchat feature, we’re hoping to find a way to work with him even more in the future.

It’s funny that the only reason that Mike writes for us now is that we once both worked for Steel City Media. I was asked to try Mike out as a columnist, even though the cynical journalist in me saw it as little more than an attempt at cross-promotion and doubted it would work out. But boy was I wrong. Mike has a unique perspective on sports and is able to relay that to the audience in a funny, engaging way. He has really grown as a writer, and his columns are one of the most popular features we offer.

Mike is taking this week off from his column, and I will do my best to fill in as a guest host from the “Cheap Seats” (although please give me some latitude when I’m not as funny as him). So while I don’t know a lot about the situation at Q-92 today, what I do know is that those of us here at CP support Mike, respect his talent and plan on keeping him writing for our pages as long as he wants to.

Suggestions for an improved Kenny Chesney experience in 2017