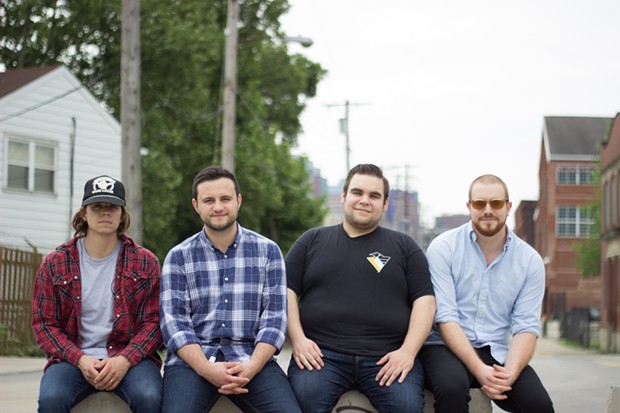 Courtesy of Jared Murphy
This week’s track comes from pop-punk band Swiss Army, which just released a self-titled EP on A-F records. Swiss Army was originally a solo project of Brandon Lehman. He plays nearly every instrument on the EP — noted session drummer Eric Downs was enlisted to kept the beat — but has since assembled a four-person lineup for live performances. You can check out the song “Out Here” below.