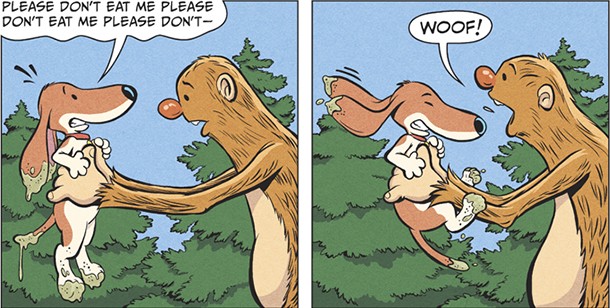 The all-ages story, which follows the adventures of a lost dog named Scout and a lonesome Bigfoot, won Dorse an esteemed Reuben comics-arts award for Best Online Comic, Long-Form. In just two weeks, Dorse has raised over 80 percent of his Kickstarter goal. “I’ve never had more fun or felt more connected to any other project I’ve ever worked on,” he tells CP. “And getting it into print, getting a chance to bring the story to more people, means maybe I get to keep doing this thing that I’ve really come to love.”

The story is super cute and sweet, and the Kickstarter awards are pretty awesome: At the $55 pledge level, Dorse will provide a digital file of you — or someone you love — drawn cartoon style, hanging out with Scout and Bigfoot. Print it out and stick it in a signed book and you have the perfect gift. As of today, more than 30 people have chosen pledges at that amount or higher. I asked Dorse if he was nervous to draw that many caricatures.

“I’m actually excited about drawing the people who back the book. In my head, I’m wandering around in the woods with Bigfoot and Scout all the time, so I’m hoping anyone who’s a fan of the story would enjoy a little piece of that experience. Bigfoot wouldn’t mind a few more friends.”

We first brought you the news about Untold Tales of Bigfoot’s upcoming Kickstarter in our interview with Dorse earlier this year. Revisit it here for more background on Dorse’s work and his collaborations with City Paper.

A (longer) conversation with Chris Carrabba of Dashboard Confessional 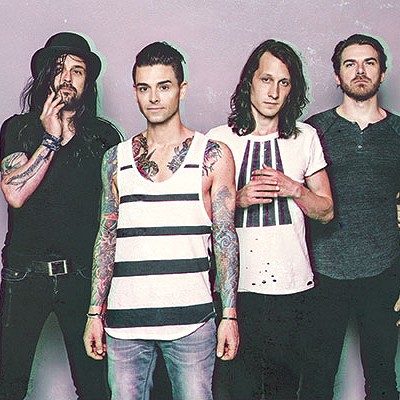