Gary Kaboly, who for decades has programmed Filmmakers’ movie theaters and its Three Rivers Film Festival, was one of three full-time employees fired this past Friday. 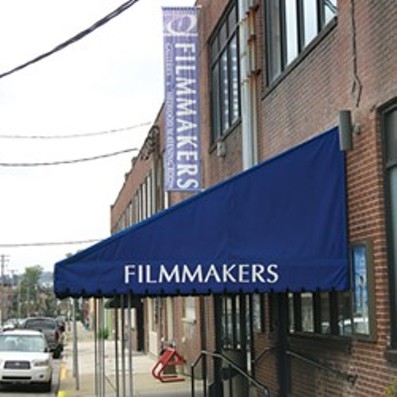 The lay-offs were about “putting the right people in place to move the organization forward,” Mendes said. He added that other staffers were moved from part-time to full-time status.

Kaboly was perhaps Filmmakers’ longest-serving remaining staffer. He was hired in the mid-1980s, when Filmmakers, then known mostly as an educational organization, opened its first off-campus screening room. The Fulton Mini, located Downtown in a side room at the Byham Theater, showed foreign-language, art and indie films.

The Mini later closed, but by the late 1990s, Kaboly was programming three theaters: the Regent Square Theater, in Edgewood; Downtown’s Harris Theater; and the Melwood Screening Room, at its then-new headquarters in North Oakland.


Kaboly also programmed the annual Three Rivers Film Festival and the Regent Square;s long-running Sunday-night series of classic-films screenings. Over the past 20 years, it’s safe to say, he’s influenced Pittsburgh’s exposure to art films, foreign-language films, indie cinema and classics on the big screen more than anyone. The barrel-chested Kaboly, with his distinctive muttonchops, was himself a frequent presence at the theaters.

Reached for comment yesterday, Kaboly said his firing “was kind of a shock” but declined to comment further.

Kaboly, who co-owns Squirrell Hill’s iconic 61C Cafe and Edgewood’s 61B Cafe (a block from the Regent Square), said he is hoping to find another use for his film-programming talents locally.

The layoffs came nearly a year after 2015’s massive round of layoffs
at Filmmakers/Center for the Arts, which then-executive director Charlie Humphrey attributed to a temporary cash-flow problem. (Those layoffs included Filmmakers Director of Education Brady Lewis, possibly the only person at Filmmakers with more tenure than Kaboly.)

In December, Humphrey himself resigned following the submission to the group’s board of a staff petition calling for his firing.

Last month, the Filmmakers/PCA board (the two venerable groups merged in 2005) voted to adopt new by-laws to facilitate decision-making. Mendes, who became interim executive director in January after being hired as a consultant to the group this past fall, says the group continues to restructure.