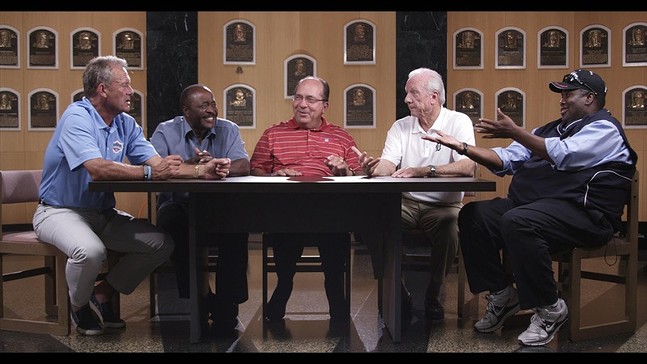 You can read CP's review of Fastball, which Al Hoff describes as "an entertaining round-up of contemporary interviews with baseball old-timers, archival footage and a micro-focus that proves surprisingly interesting even to non-fans."

After the screening, there will be a panel discussion with director Hock, professors Tarr and Franklin, and Chris Johnson, director of performance for the Pittsburgh Pirates.

Dance classes and storytelling at Pittsburgh's Market Square this weekend