What you need to know about Pittsburgh news this week: | Blogh

What you need to know about Pittsburgh news this week:


Video by Ashley Murray
1. Presidential candidate and Vermont Sen. Bernie Sanders spoke to thousands of supporters at the David L. Lawrence Convention Center ahead of the Pennsylvania primary. “With your support and a large turnout, we’re going to win on April 26. Not only can we win the primary, but we can win with your help in the general,” Sanders said to the crowd. Sanders spoke on his opposition to current trade agreements and the Trans-Pacific Partnership, as well as about fair pay and rebuilding America's inner cities. Read our full coverage and see our photo slideshow from the day.

Photo by Rebecca Nuttall
2. Protesting the Steelers' firing of 15 union security guards, the Service Employees International 32BJ Union and other labor and faith-based organizations gathered outside of Heinz Field on Friday. "We just found out [about the firing] Tuesday," said security worker William Chernosky. "Not only does this put us out of work, it hurts our families, our children and grandchildren. And, it hurts the local economy."  The Steelers did not respond to City Paper by press time.

Photo by Ryan Deto
3. East Liberty residents and the advocacy organization ACTION United held a press conference this week to remind city officials of the ongoing affordable-housing issue. In light of the 90-day eviction notices given to East Liberty residents living in the Penn Plaza apartments this past July, the group is calling for the city to require landlords provide at least 18 months notice in situations similar to Penn Plaza. "You cannot put people out in the streets in 90 days, especially if they are disabled and seniors," said Angel Gober, an ACTION United community organizer. 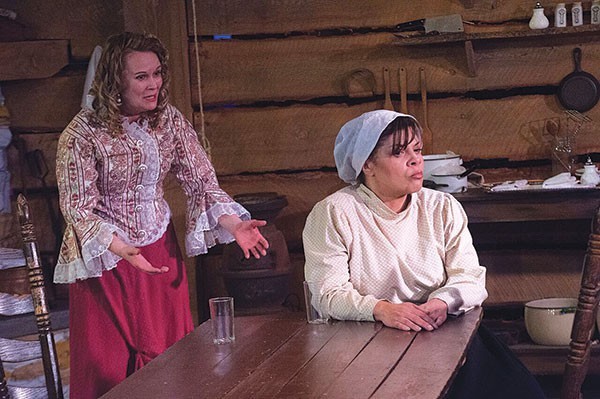 Photo courtesy of Gail L. Manker
4. Pittsburgh Playwrights' Miss Julie, Clarissa and John is in its last weekend of performances. Critics have been loving the Mark Clayton Southers original play, which was inspired by a 19th-century work about an illicit affair between a rich woman and her father’s top servant. However, Southers sets the action in Virginia, and makes the servant a freed former African-American slave. CP's theater critic Ted Hoover wrote in his review, "Southers has taken the issues of class and power and blown them through the roof."

This week on the City Paper podcast, we’re joined by editor Charlie Deitch, comedian Mike Wysocki and Pittsburgh Pirates super-fan Demitrius “Fake Pedro” Thorn to talk about our Pirates Preview issue (see a video of our panel discussion). Then, booze columnist Celine Roberts takes us on a fool’s wine adventure. Finally, host Alex Gordon gets in touch with actor and comedian Josh Fadem, who’s made appearances on Better Call Saul and 30 Rock, among other productions. Alex just wants to chat, and Josh Fadem wants to know why.


Each week on our FFW music blog, we make a Spotify playlist containing tracks from artists mentioned in the current music section. Experience the paper without any of that tiresome reading!

On our political blog:

Read our conversation with Joshua Gragg, illustrator of this week's Pirates Preview cover featuring an illustration of Jung Ho Kang.  Gragg talks about his love for doing illustrations of celebrities; how Braddock Mayor and U.S. Senate candidate John Fetterman shared Gragg's illustration of him on Instagram; and who his favorite Buccos player is. 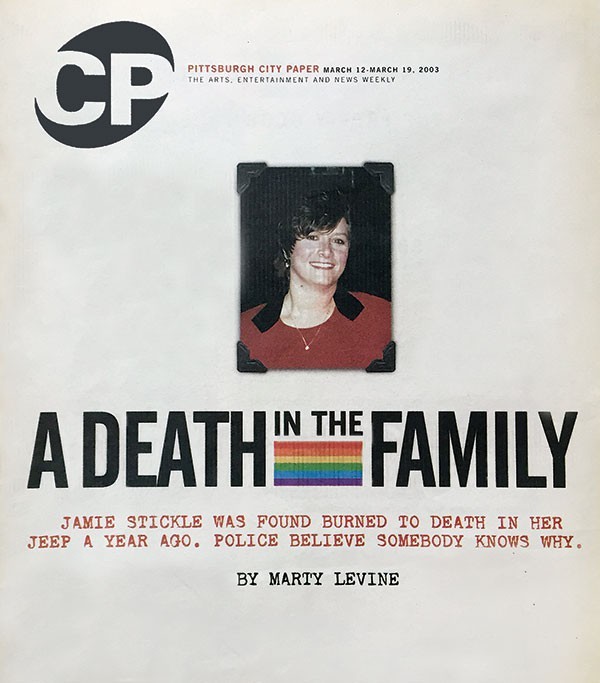 At the time City Paper wrote this story, Jamie Lynn Stickle had been dead only about a year. In February, 2002, she was found burned to death in her Jeep, which was parked at a local scrapyard. Her apartment and other clues indicated there was a struggle, but the cause of death was ruled undetermined because she had been so badly burned. Stickle worked as a bartender at several LGBT clubs over the years and was active in raising money for programs in the LGBT community. Stickle’s mother said what caused her the most pain was not “knowing why they did it and how she died. I honestly can’t get answers from anybody.” The case still remains unsolved; anyone with information can call the city’s homicide squad at 412-323-7161. (March 12, 2003) Read more City Paper history here.