Pennsylvania campaign round up: U.S. Senate candidate Sestak releases TV ad; State House Rep. Ravenstahl gets a clear path to nomination thanks in part to his mom | Blogh

Pennsylvania campaign round up: U.S. Senate candidate Sestak releases TV ad; State House Rep. Ravenstahl gets a clear path to nomination thanks in part to his mom


Retired Navy admiral Joe Sestak has got your six. For those not in the loop of armed-services jargon, it means the Democratic U.S. Senate candidate has got your back. (If someone is coming from 6 o'clock, they're directly behind you.)

This is the main theme of Sestak's recently released TV ad, which is the first television ad broadcast in his 2016 campaign for Republican incumbent Sen. Pat Toomey's seat. (Sestak ran plenty of ads for his last Senate run in 2010, including the extremely effective "The Switch" ad which help cement his nomination against Democratic rival Arlen Specter.)

In Sestak's "Six" ad (shown above), he tells viewers about his Naval career, his personal story of caring for his daughter who was diagnosed with brain cancer, and his support of Obamacare while serving in Congress.

The latest Harper poll released last week shows potential head-to-head match-ups of Democratic candidates against incumbent Toomey. Sestak fares the best, but is still trailing 47-41 percent according to the poll. (However, this is up four percentage points from a Harper poll released in September 2015.)

This might cause some fear in the Toomey camp, especially considering that Toomey's endorsed candidate for U.S. president, Republican Sen. Marco Rubio, recently suspended his campaign after losing his home state of Florida in the primaries.

In January, City Paper reported on the importance of Pennsylvania's U.S. Senate race, particularly how it might affect the Democratic Party taking control of the U.S. Senate. G. Terry Madonna, a professor and director of the Center for Politics and Public Affairs at Franklin & Marshall College, said that “it is inconceivable to think Democrats could win control of Senate without winning this seat.”

To learn more about the Democratic U.S. Senate candidates, you can read CP's stories which outline the candidates' thoughts on affordable housing and fracking.

In other, more local political news, Democratic State House Rep. Adam Ravenstahl, of Summer Hill, recently had his path fully cleared to re-election, thanks in large part to his mother. The Pittsburgh Tribune-Review reported yesterday that Ravenstahl's mother, Cindy Ravenstahl, challenged more than half of the signatures for Democratic challenger and former police officer Brian Weismantle's petition to run. Commonwealth court ruled in favor of the challenge, and Weismantle was removed from the ballot.

Ravenstahl, who is the brother of former Pittsburgh Mayor Luke Ravenstahl, is now running unopposed in both the primary and general election. 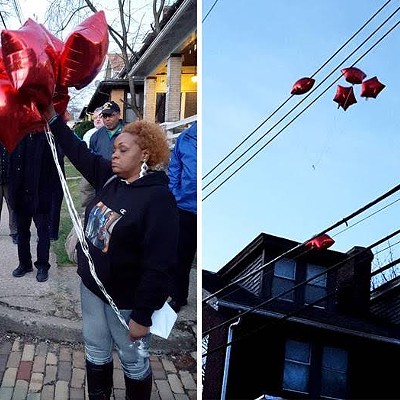