Afronaut(a), a local series for "sci-fi and supernatural-influenced" films, is calling for submissions representing a diverse array of racial, sexual and national identities for its new video magazine Underground. 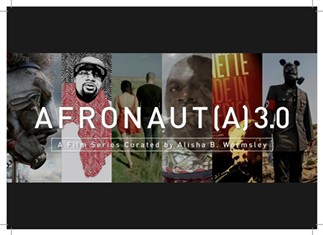 Alisha B. Wormsley
The Afronaut(a) 3.0 salon series brings thought-provoking film and video to Pittsburgh.
The video magazine will include selected films and videos along with brief artist interviews. The magazine will be released as a DVD in September 2016, accompanied by a screening during the Greater Pittsburgh Art Council's Media Festival.

Afronaut(a), the brainchild of Pittsburgh-based interdisciplinary artist Alisha B. Wormsley, is inclusive of artists of all likenesses, and submissions are welcomed in disciplines ranging from narrative, experimental and documentary to stop-motion animation. Maximum running time for each film is 15 minutes.

To apply, send your resume, a short bio, an artist statement of about 250 words and a Vimeo link to your work. Applications should be sent to afronautafilms@gmail.com by June 1.

Selected artists will receive a stipend along with three copies of the magazine.

Currently, Afronaut(a) is in its third season and is exploring the theme of Afrofuturism. Afronaut(a) 3.0 is a salon series designed to "spark conversation and incite cinematic exploration." This season's films come from artists around the globe — including archival films and classic features from Ethiopia, Kenya and the United Kingdom.

Afronaut(a) 3.0 continues through April 3 at the Kelly Strayhorn Theater.

For more information about Afronaut(a)'s video magazine, the call for submissions can be found on the Greater Pittsburgh Art Council's website.