Photo by Ryan Deto
Bike share station Downtown on Penn Avenue
Last week, the city released the results of the "Make My Trip Count" commuter survey and they were what many expected they would be. Trips to Downtown and Oakland made up the vast majority of participants' commutes; the largest percentage of commuters drove alone to work; and about one third of participants used public transportation to get to their job.

(It should be noted that this survey was voluntary and primarily taken online. It also was not conducted by a neutral third party. It should also be noted that the survey counted individual trips, not what people said was their primary mode of transport.)

For bike lovers, the survey showed some promising numbers, including that 4.2 percent of trips to work were by bike. Eric Boerer of advocacy group BikePGH says that this number could be due to the nature of the survey, which allowed respondents to input multiple methods of how they commute. The American Community Survey, by contrast, asks for one primary mode of transportation. (And according to 2014 ACS figures, bike commuters in Allegheny County made up less than 1 percent of commuters, and Pittsburgh had 1.8 percent bike commuters.)

The riders over at BikePGH went even further with the survey data. The city sent them the survey broken down with information from the more then 9,000 responses from people with city ZIP codes, as well as some other results not initially released to the public.

For Pittsburgh commuters, the survey shows that 8.6 percent of trips were done by bike. The city ZIP code respondents also showed higher percentages of walking to work (9.3 percent) and  taking public transportation (around 40 percent).

Boerer says he was impressed by the percentage of bike trips by city residents. "Pittsburgh is showing a pretty good breakdown in active transportation," says Boerer. "About two-thirds of people living in the city are getting to their jobs without driving. We still have a lot of work today to increase those numbers, but we are well on the way to making that happen."

And some of the survey data may speak to the potential increase of bike commuters too. Boerer says survey data shows 15 percent of respondents said they are interested in bike commuting but have yet to take to leap onto two-wheels. And 25 percent said that more trails and protected bike lanes would increase the likelihood they would bike to work. (City Paper reported about more bike infrastructure and trails that are coming to Downtown in the next couple of years, see here.)

In the end, however, Boerer is happy that more data is out there. "There is so little data in general out there, so it is great to have the [city partners] push for that and get more data out there," says Boerer. 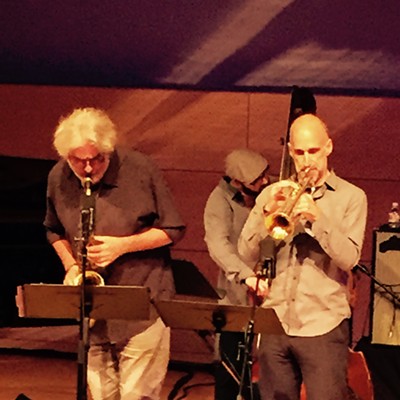 Now Hiring: Director at a North Side cultural institution, and more job openings this week in Pittsburgh