The Pittsburgh native was selected last year through a Talent City search process to replace former Public Safety Director Stephen Bucar who left Pittsburgh to serve as deputy commissioner of staff with the Pennsylvania State Police in September.

Hissrich's background includes working as chief of the Weapons of Mass Destruction Operations Response Unit at FBI headquarters in Washington, five years as a
click to enlarge

Photo by Rebecca Nuttall
Acting Public Safety Director Wendell Hissrich
Pittsburgh paramedic and crew chief and his status as a life member of the Forest Hills Volunteer Fire Department. And it's these experiences he'll use to coordinate the separate branches of the public safety department.

As part of overseeing the city's Office of Emergency Management as well as the Police, Fire, Emergency Medical Services and Animal Control bureaus, Hissrich said he's already started to meet with department chiefs and rank and file employees.

One of the key areas he said he plans to focus on is addressing EMS call volume concerns.

"Since I've left Pittsburgh 25 years ago call volume has doubled in EMS and the staffing level of paramedics has remained the same, so we have to look at that," said Hissrich. "There are occasions when outside agencies have to come in and handle calls within the city."

In an effort to address the call volume, Hissrich said he plans to do more community outreach to educate the public on the role of EMS paramedics.

"It's not unique to Pittsburgh. It's throughout the United States. Many times people call 911 for non-emergency calls, and they expect the EMS paramedics, advanced life support, to transport patients as a taxi ride to the hospital," said Hissrich. "That hurts when an actual person needs an ambulance for a heart attack or serious calls and that ambulance is out of service basically doing a transport to the hospital that doesn't need an ambulance."

Peduto said Hissrich met with the heads of each of the public safety departments and won their approval during the application process.

"There is a willingness right now with the administrations of all three bureaus to work together like I have seen at no time in my 21 years in city government," said Peduto. "I'm very serious when I say this: we have the right leader at the right time." 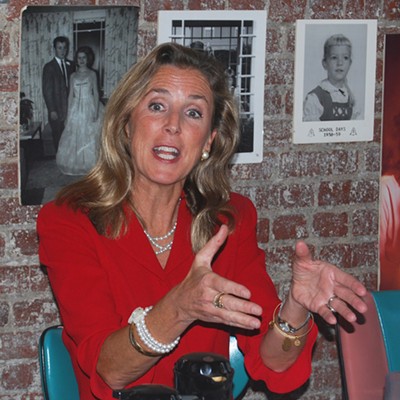