The Ebenezer Missionary Baptist Church, located at 2001 Wylie Ave. in the Hill District, celebrated Christmas on Friday, Dec. 18 with song and dance. The church was established in 1875 and has had less than a dozen pastors since. In 2004, an enormous blaze destroyed the church, and two Pittsburgh firefighters tragically died when the bell tower collapsed as they were fighting the flames. The community rebuilt, and the new Ebenezer Church building opened in 2006. A memorial to the firefighters is located on the first floor.

City Paper photo intern Theo Schwarz took a peek inside the church during their annual Christmas praise and celebration, and he captured these images.

Christmas Celebration in the Hill District 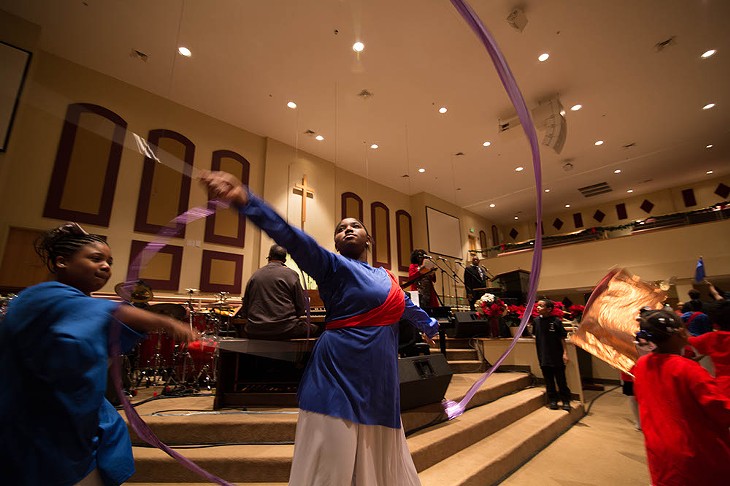 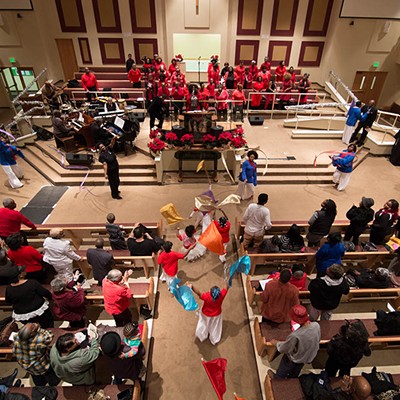 A conversation with Devyn “Nerdboy” Swain