What happened this week in Pittsburgh news | Blogh


1. The Pittsburgh Citizens Police Review Board has opened an inquiry into a Pittsburgh police officer’s interaction with a City Paper reporter following the incident at the Wood Street T Station on Wednesday.  CPRB Executive Director Beth Pittinger called the officer's behavior "excruciatingly unbecoming."  One juvenile was arrested for allegedly resisting arrest after hitting an emergency stop button on the Wood Street T station escalator. This situation escalated into a chaotic scene on Liberty Avenue, resulting in the arrest of one adult and criminal citations of three juveniles.  More video emerged Friday of the officer pushing a teenage girl to the ground with his baton across from the T station. 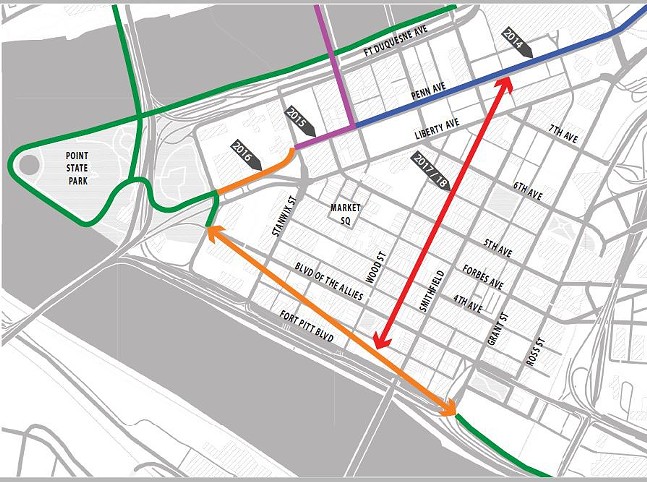 Image courtesy of Kristin Saunders
Map of existing and proposed bike-infrastructure routes for Downtown. Lines in orange and red are planned and do not show the specific future alignments.
2. City officials discussed new bike routes with community members Monday night. According to Pittsburgh Bicycle and Pedestrian Coordinator Kristin Saunders, the city is currently gathering data and community input for the construction of bike infrastructure that would travel along either Boulevard of the Allies or Fort Pitt Boulevard and connect with the Eliza Furnace Trail (“Jail Trail”) at Grant Street. “If you provide safer connections to bike infrastructure, more people will bike,” says Saunders.

Photo by Rebecca Nuttall
From left: Jeanne Marie Laskas, Dr. Bennet Omalu, Giannina Scott and Dr. Clayton Wiley
3. The Bennet Omalu Foundation launched in Pittsburgh this week. The foundation will continue Omalu's work on chronic traumatic encephalopathy (CTE), a neurodegenerative disease he discovered after performing an autopsy on former Steelers legend Mike Webster in 2002. Omalu's work inspired the soon-to-be-released film Concussion, starring Will Smith. "If not for the city of Pittsburgh, if not for the University of Pittsburgh, I wouldn't be standing here today," said Omalu at the launch event. 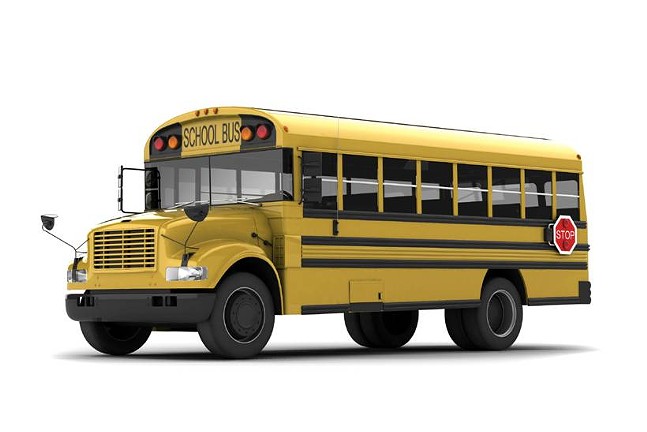 4. This week advocates testified at the Pittsburgh Public Schools board meeting, asking that the district use only buses with updated diesel-emissions controls. The district is in the process of negotiating a new bus-fleet contract for the 2016-2017 school year. Ebony Pugh, of Pittsburgh Public Schools, says the board expects that all vehicles will meet diesel-emissions control standards by the second year of their new agreement. However, the Group Against Smog and Pollution, which advocates for the reduction diesel-particulate-matter pollution, says it would like to see the district get "the cleanest buses possible as soon as possible."

5. Harlem Globetrotter Joyce "Sweet J" Ekworomadu stopped by the Steel City Media offices on Wednesday to show off some tricks and to promote the upcoming Globetrotters game at Consol Energy Center on Dec. 26. Ekworomadu is the 12th female Globetrotter in the team's 90-year history. "I never knew that when I was 10 years old playing basketball with boys that I would be almost 30 now playing basketball with men," she told CP during a Q&A session.

6. People rushed to the theater in droves last night for the premiere of Star Wars: The Force Awakens. City Paper reviewed the film on Tuesday and called it "follow-up movie that fans deserve and have waited 32 years for." 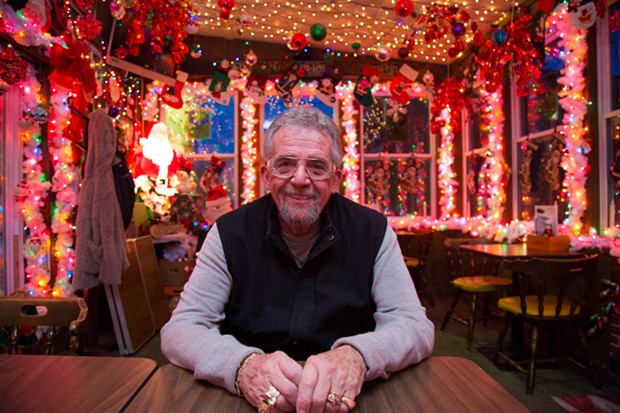 Photo by Theo Schwarz
Bob Paganico, of the Spirit of Christmas, sits in his bar Bob’s Garage Restaurant and Lounge.
In this week's issue, multimedia editor and reporter Ashley Murray followed several Pittsburgh characters behind local toy drives. These men and women invest significant resources and man power to bring toys to children in low-income families, from Sharpsburg to Monroeville to the Hill District and several communities in between. These real-life Santas range from a retired homicide detective to a bar/restaurant owner who covers his place, wall-to-wall, floor-to-ceiling in lights, garlands, ornaments and stockings during the holiday season.

Their reasons for doing this vary — from community relations and business exposure to pure kindness. Regardless of motive, they have built a Christmas-toy-drive economy in Pittsburgh, and right now their business is in full swing.

“Every year, energy comes all over me,” says Jimmy Cvetic, the retired county police detective and Vietnam veteran who founded the Western Pennsylvania Police Athletic League. This year, he's galvanized 30 police departments, several churches and a federal judge to collect names of families who might need help.

Read the feature, hear the voices and see the faces of these real-life Santas in our video and photo slideshow as well.