Last Friday, staffers at Pittsburgh Filmmakers/Pittsburgh Center for the Arts presented a petition to the group’s board of directors including a statement of no confidence in Charlie Humphrey, the group’s longtime executive director. The board immediately placed Humphrey on indefinite paid leave, and on Tuesday, after 23 years as head of Filmmakers and nine as head of the merged entity, he resigned. 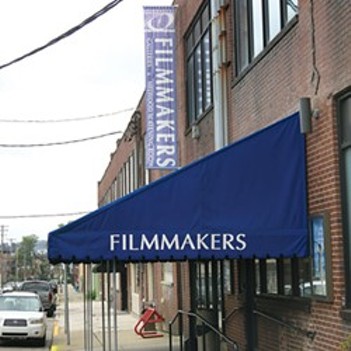 Pittsburgh Filmmakers headquarters on Melwood Avenue, in Oakland
Filmmakers/PCA is now run by a three-member executive team made up of three long-time staffers: John Cantine, Filmmakers’ director of education; Laura Domencic, director of Pittsburgh Center for the Arts; and Jasdeep Khaira, director of artist services. That team is working in tandem with board president Doug Gouge. (Gouge was also named in the petition’s statement of no confidence, but the board refused to accept his resignation.)

A petition by staffers that leads to the ouster of the head of an arts organization is exceedingly rare in Pittsburgh. The move was even more shocking given not only Humphrey’s long tenure, but his status in the local arts scene: He is well regarded by the foundation community and other arts leaders, and often quoted by the media on arts-related issues.

But within his own organization, dissatisfaction with Humphrey’s leadership predated both the no-confidence petition and the round of layoffs this past June that Humphrey ordered in response to the group’s current financial crisis.

Many of those concerns date back more than a decade, to when Filmmakers and Center for the Arts were separate entities. Filmmakers was known for its three movie theaters and its education program in film, photography and digital media, and the Center for its exhibitions and art classes. The venerable but debt-ridden Center had closed temporarily, and Humphrey, who had worked hard to save it, spearheaded the merger.

But as CP reported in a December 2005 article, many inside Filmmakers questioned the move: Filmmakers, though it had experienced more than a decade of explosive growth under Humphrey, was facing its own challenges. These included declining revenue for its education program, the organization’s main source of revenue. Point Park University, long a key source of students for Filmmakers, had recently begun its own cinema program, and fewer students were now making their way to Filmmakers headquarters on Oakland’s Melwood Avenue.

Such concerns had only intensified by earlier this year, when what Humphrey called shortfalls in cash flow prompted the layoffs, which included 18 full- and part-time employees, or about one-fifth of the group’s staff..

As CP reported in June, many Filmmakers staffers felt that Humphrey seemed less interested in Filmmakers’ programs than in newer undertakings like the PCA and the nonprofit news organization PublicSource (which launched in 2011). One staffer, speaking anonymously, said that Filmmakers staff "have felt neglected by Charlie's leadership, because he pursues these other interests. He gets really excited about non-Filmmakers activities and doesn't perceive our core Filmmakers program as a priority for him."

Humphrey, who split his workday between Filmmakers' headquarters and the PCA's landmark mansion on Fifth Avenue, rejected such accusations, and Filmmakers’ longtime funders voiced their support of him. And in announcing the layoffs, Humphrey said he would go without his own salary in June, and take a 30 percent pay cut in both July and August. But bad feelings remained among staff, many of whom reported poor morale.

Some of the laid-off staffers were later brought back. But some six months after the layoffs, the statement of no confidence was signed by more than 30 staffers, including more than half of Filmmakers’ full-time employees. (The group has about 30 full-timers and a seasonally varying 40 to 50 part-timers, says Laura Domencic.)

Gouge, the board president, says the petition arose from “a communication problem.” Humphrey and the board were working on a new financial plan, he says, but “the staff really didn’t see this [effort] and felt frustrated that nothing was happening.” Like Humphrey, Gouge, a retired businessman, describes the group’s problem as “a cash-flow shortfall.” Filmmakers/PCA is working with financial consultant Pete Mendes to craft a plan. Gouge says he and Mendes plan to meet with local foundations shortly.

Domencic said all Filmmakers/PCA programming, including classes and screenings at the Regent Square, Harris and Melwood theaters, will continue as scheduled.

Gouge and Domencic have been serving as Filmmakers/PCA spokespeople. The group’s staffers have been asked not to speak to the press in order “to create some consistent version of what happened,” says Gouge.

However, CP spoke to one of the group’s contract workers (a classification that includes jobs like adjunct instructor), who confirmed that in the days before the petition was submitted, morale at Filmmakers remained poor, with staffers “bitter and depressed.”

“It was kind of miserable to go in there and witness that week after week,” said the contract employee, who asked to remain anonymous. The employee had not personally been aware of the petition but said of its drafters, “I’m proud of those guys ... what a risk they took.”

“I feel like in general we need more leadership,” said one current staffer who did sign the petition, and who said that “a lack of engagement” with staff had been the biggest problem with Humphrey as executive director.

This past Tuesday, Gouge told CP that the group’s staffers “feel invigorated that they have a different possibility in front of them.”

“Everybody gets in a rut,” he added. “We’ve changed the environment here, and we’re not in that rut.”

Whatever it might mean for Filmmakers/PCA, Humphrey’s departure leaves a big gap on the local arts scene, where he’s served on the boards of groups including The Andy Warhol Museum, the New Hazlett Theater and Quantum Theatre. In addition to leading Filmmakers through more than half of its 44-year history and its biggest-ever expansion, and his rescue of the PCA, he was instrumental several years ago in saving the struggling Pittsburgh Glass Center.

In a statement issued to the press, Heinz Endowments president Grant Oliphant said, “Charlie Humphrey has devoted exceptional service for many years to Pittsburgh’s cultural community. Whatever the circumstances of recent events that led to his decision to resign, he has been a passionate and eloquent advocate for the arts and cultural policy, a bold leader and a generous friend.”

Reached by phone today, Humphrey himself told CP, “I had a great time. I loved everything about my job. Now I look forward to the next chapter, and I don’t know what that is.”