We slog through the twitter streams of the 2016 Presidential candidates and give you a weekly round-up of the more entertaining ones, every Friday.

Not much participation from candidates on Halloween.

Rand Paul went as "The National Debt" a.k.a. $18 trillion

Bush tweeted out an old photo. Memo to Jeb: Never a good look for a politician to be literally emblazoned with sponsor logos. 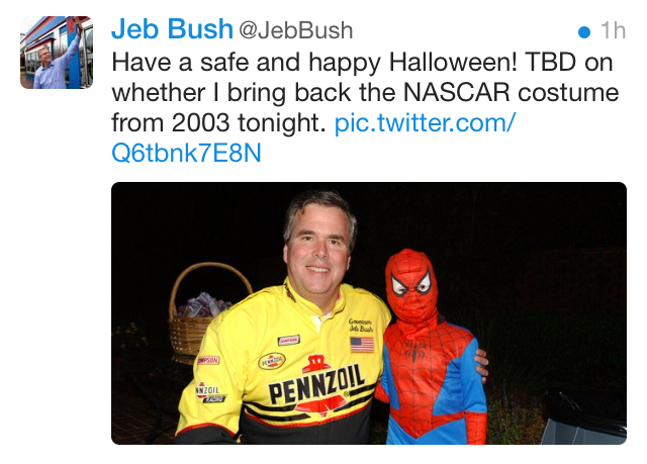 Hillary Clinton cops to being guilty ... of pizza

Trump proves he has skills to rule the sixth-grade school yard.

And Huckabee cleaned up. (This may be the greatest selfie of the campaign yet.)