We slog through the twitter streams of the 2016 Presidential candidates and give you a weekly round-up of the more entertaining ones, every Friday.


Hillary Clinton re-tweeted out this photo, and America held its breath.

It's as good a reason as any with this crowd.

Not sure winning at Monopoly is the best message to send before the financial-issues debate.

Jeb! brought his custom shit-kickers to the debate, but alas, his magic boots failed him.

Last week, I noted that no candidate had sent out any cat photo, despite cats' supremacy on the Internet. This week, one man from each party made an effort on National Cat Day. 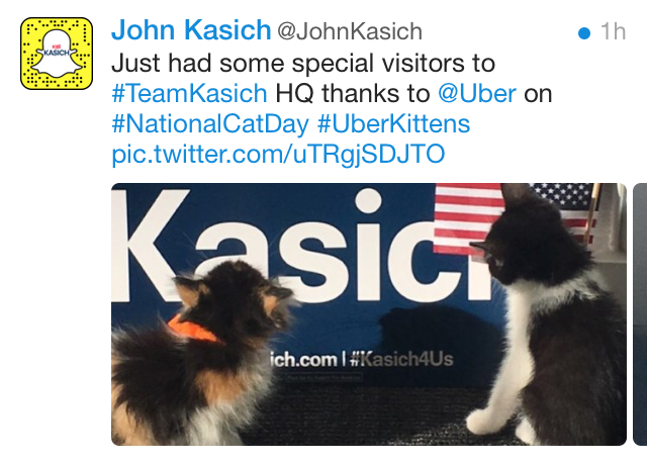 Final Weekend for "Water by the Spoonful" at Pitt Stages