I first heard Brooke Annibale in 2011, when she released Silence Worth Breaking. I was impressed with the songwriting and the perfect production: around that time, the Pittsburgh native was living in Nashville (she earned a degree in Music Business at Belmont University), so that polished, rootsy Music City sound was no surprise. It was music that seemed ready-made for TV dramas, and sure enough, Annibale's music has since been featured on One Tree Hill, The Vampire Diaries and Pretty Little Liars, among others. 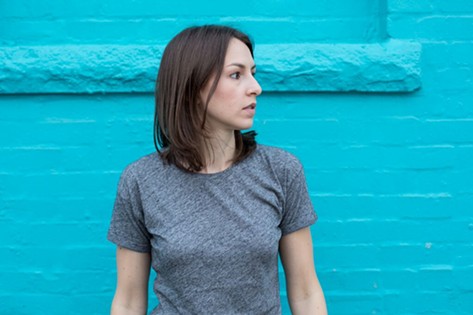 Matt Dayak
Brooke Annibale
Since then, Annibale has moved back to Pittsburgh. The release of the 2013 EP Words in Your Eyes was followed by a frustrating period of writer's block. But last year's return to Pittsburgh helped to reignite her creativity. The songs she wrote during that time became her new full-length,  The Simple Fear, which comes out today.  Like Silence Worth Breaking, it's a polished collection of  warm singer-songwriter pop, though here she subtly trades a bit of her folk sensibly for strings-and-piano-laden soul.

Annibale explains a bit about the idea behind the record in her bio: “I had to deal with the fear of the unknown future and the struggle of letting go of the past. Those two conflicting feelings are woven throughout these songs: letting go and moving forward ... Fear is always complicated, but it’s simple in the sense that we all have certain fears in common at some point in our lives.”

Free Thursday-night admission at the Carnegie this month

For $25, the Concert for the Tree of Life offers an evening of music from multiple acts