Despite meeting more than three hours and plowing through about 40 pieces of legislation, Pittsburgh City Council members still decided to postpone a preliminary vote that would require all employers in the city to offer sick days to their workers.

The meeting is technically in recess until Monday. At that time a preliminary vote will be taken and then a final vote will occur at council's regular meeting immediately after.

Under the paid sick days legislation, employees at businesses with 15 or more employees within city limits would accrue one hour of paid sick time for every 35 hours worked with a maximum of 40 hours (five days) per year. At businesses with fewer than 15 employees, the rate of accrual would remain the same, but sick time would be capped at 24 hours (three days). Previous versions of the bill set maximum limits at nine
click to enlarge

The legislation was initially proposed by Councilor Corey O'Connor earlier this month. Some small businesses and organizations representing them took issue with making paid sick days mandatory. Since then councilors have been working on amendments to the measure.

The bill has also been amended to clarify certain definitions and again include language that had been taken out the first time around. One change, for example, now defines big businesses as having 15 or more employees instead of "more than 15."

Council president Bruce Kraus said that members have "reached concession on just about everything" in the bill.

However, there is a public hearing scheduled for tomorrow in council chambers at 1 p.m.

Before councilor Daniel LaVelle exited the meeting early, he announced that he "wants to exempt small businesses on some level" and would be emailing other councilors about the matter later today.

Kraus said the law "takes orphaned pieces of our noise code and brings them under one umbrella" and that prior to this legislation, "it was very confusing to go through our [noise] ordinances."

While Councilor Dan Gilman said it "was a huge win for residential communities," LaVelle and Councilor Darlene Harris expressed concern regarding the decibel meters and their availability in each police zone.  Kraus said that the city will budget for them in the fall.

A public hearing on the paid sick days legislation will be held in council chambers tomorrow at 1 p.m. The standing committee meeting will reconvene Monday Aug. 3 at 9:30 a.m., followed by council's 10 a.m. final regular council meeting before its one-month summer hiatus.

Tags: Keeping Up With the Council , Image 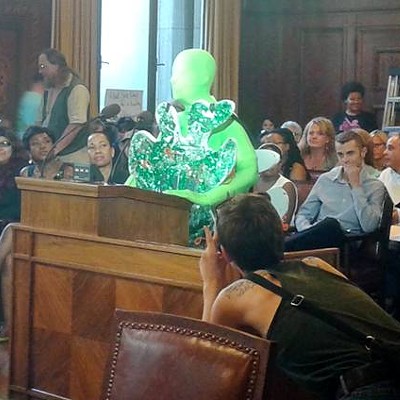 Speaking of Keeping Up With The Council