The most delicious-looking tweet was Hillary Clinton's logo reproduced in summer berries.

To establish his patriotic bona fides, on July 4, Rick Santorum tweeted a Spotify list of "truly American music." Judge for yourselves, but it looks like somebody simply searched for songs with the word "America" or "American" in the title. (Confidential to Rick: "American Pie" is kinda about how everything has gone to shit ...)

In related musical news: This song is also on Santorum's list. Note "crowd." 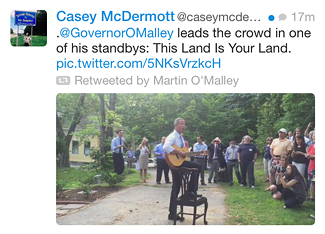 And Huckabee went for the trifecta of hunting ducks, God and Charlie Daniels Band, with bonus big rigs.

Not to be outdone in patriotic amusements, Rand Paul sent a word search.

Marco Rubio is not afraid of going back in time to a 27-year-old movie to make a point. Also, fails to understand that time machines can also go to the future.

Perry picks a photo of him listening to Obama to illustrate how he talked Texas-tough to him. Points sitting under the Presidential seal, though. Sly optics. 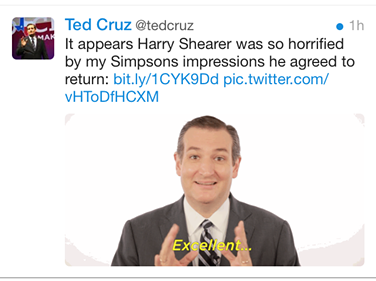 Lincoln Chafee tweeted about the Vietnam war, because 2016.
click to enlarge

And in a week of contentious statements, Donald Trump took a stand that many can agree with.

Concert photos: Mudhoney, the Cynics and the Nox Boys, July 8

Antwon Rose’s mother says she ‘can’t stand the lies!’ after denying Trump's claims he met with her family