In 2013, as the Pittsburgh Pirates were preparing for their first postseason appearance in more than 20 years, City Paper told you the story of Chris Peters.

Peters, a native of Peters Township, was, and still is, a manager at a couple of Downtown parking lots. He was also a former starting and relief pitcher for the Buccos when CP spoke to him about the team's current success. Peters was a Pirate during the team's 20-year losing streak, never tasting the success that current players are experiencing.

"It was tough losing as much as we did," Peters said at the time. "On the other hand, i
click to enlarge 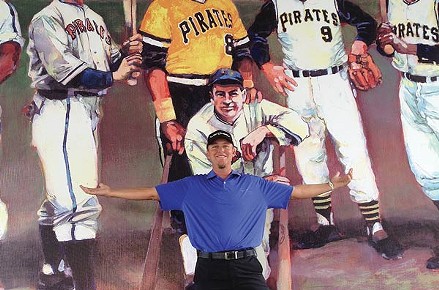 Photo by Alex Zimmerman
Chris Peters
t was kind of one of those things where you look around and there are a lot of young guys. Even though we expected to win every night, you go up against teams with veteran superstar players."

Even though his Pirates career ended in 2000, the 43-year-old Peters will get a chance to be part of a winning Pirates' team. Last week, Peters re-signed with the Pirates as a left-handed batting-practice pitcher.

According to the Pittsburgh Post-Gazette, manager Clint Hurdle mentioned earlier this month the need for a left-handed pitcher to pitch batting practice. Peters had been approached during spring training, but the deal wasn't official until last week. Aside from managing the parking lots, Peters also coaches youth teams and works in private instruction for Allegheny Health Systems, according to the Pittsburgh Tribune-Review's Travis Sawchik.

Peters told the P-G: "They knew I lived in the area and used to pitch here. I guess they figured it might not be a bad idea. I was a fan before I played for them and probably a bigger fan now.”