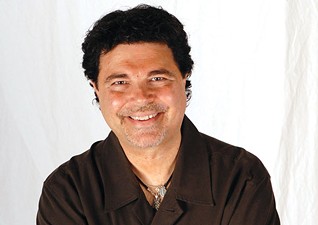 Jim Krenn
Jim Krenn is making his long-awaited return to morning radio next month when he takes over the morning airwaves at Steel City Media's Q-92.9 WLTJ-FM early next month.

“The place is a perfect fit because they know radio and love the people of the city,” he says. “They’re on the same wavelength as me.”

Krenn, who has been spending time working on his stand-up comedy between Pittsburgh and Los Angeles and producing a podcast called "No Restrictions" since his surprise firing from WDVE-FM in 2012, says the format of his new morning show will be like "Saturday Night Live or Second City on the radio."

“It’s going to be the same, but different, as what I’ve done in the past,” says Krenn, who spoke to City Paper Tuesday following a tour of his new studio. “I’m not going to live in the past. With the podcast, we created new skits and characters. The idea is to be doing two new characters for every old character.”

Some characters Krenn hinted at include a regular caller from the fictional Crying Cow Vegan Butcher Shop in Lawrenceville, which will play on hipster culture, as well as "Ryder Smoov," a jitney driver battling Uber.

His format will include about four to five songs per hour, and a news and sports report; Krenn promises "the facts and stats will be right" but makes no apologies for what will be a comedic and satirical take on the day's events.

Local comedians — who also produce the podcast with Krenn — Terry Jones, Mike Sasson and Mike Wysocki will be in the studio with Krenn as well as Q's own Debbie Wilde.

"I'm excited to come back [to radio] ... I love the people, the listeners. The podcast doesn’t completely fill that daily connection," he says. "Even though I've gotten to travel to L.A., home is Pittsburgh."

Be here now with the Heartless Bastards’ Erika Wennerstrom