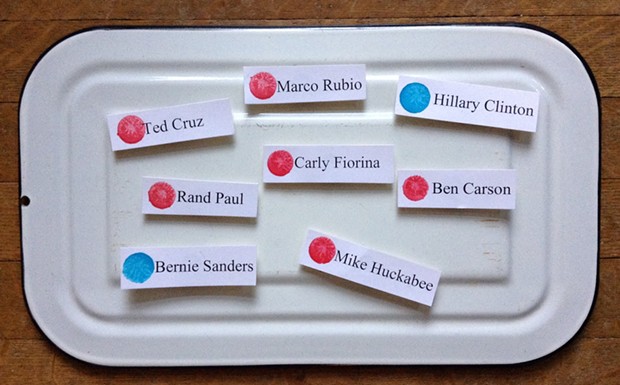 Holy moley, it's another one! Mike Huckabee — former Arkansas governor, talk-show host and author of the alliterative God, Guns, Grits and Gravy — is making another run at the presidency. He's the 6th official Republican candidate.

Stay tuned to City Paper for updates to the Magnetic Chart of 2016 Primary Awesomeness, as well as upcoming coverage of Election 2016.