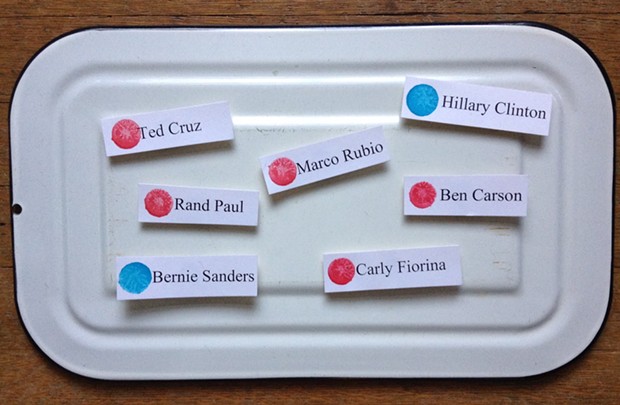 Former Hewlett-Packard exec Carly Fiorina has joined the increasingly crowded field of Republican primary contenders. She's unlikely to secure the nomination, but it's still fun to consider the prospect of 100 percent Girl Power race between her and Hillary Clinton.

Stay tuned to City Paper for updates to the Magnetic Chart of 2016 Primary Awesomeness, as well as upcoming coverage of Election 2016.