“How many dead people in Juarez does it take for one person in New York City to consume a gram of cocaine?” 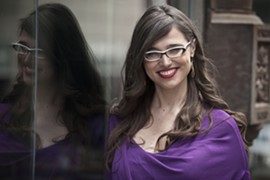 Photo courtesy of Judith Torrea
The question occurred to Judith Torrea, 41, at a Manhattan dinner party. Originally from a mountain village in the Basque region of Spain, Torrea now lives in Juarez, Mexico — dubbed in 2009 as the most dangerous city in the world. She describes the Manhattan moment in her blog, Under the Shadow of Drug Trafficking.

At the time, 2009, she was senior writer for the Spanish edition of People magazine, working from an office in Rockefeller Center. “Powerful people parties” with white powder were part of her life. Asked amidst a circle of millionaires planning a museum fundraising gala and a weekend in the Hamptons, the question stopped the show.

Not long after, Torrea took her savings to Juarez, which she’d first visited in 1997 and often since. She’s the only international journalist living at this principle gateway for drugs from Columbia to the U.S. At a City of Asylum/Pittsburgh salon two days ago, on the North Side, Torrea told her story to a full house of 75 people.

Charming even as she presents horrifying anecdotes, Torrea impresses as a multilingual journalist who’s operated in powerful circles and does not evade discomfiting reality.

“Juarez is not a beautiful place,” she says. But “I fell in love there,” she says of meeting the “most inspiring people I’ve met,” the mothers of missing women.

A city of about a million people, Juarez has since 2007 suffered (according to Mexican government data) more than 11,000 murders — “mostly poor people,” says Torrea, “who have no connection with drugs.”

Torrea says the maquiladora system of cheap labor for American- and European-owned factories is a large part of the problem. A typical salary is $40 a week. “It’s impossible to live on that.” Hence youth are fertile ground for gangs and violence.

After a year of blogging from Juarez, Torrea was down to $200 and facing a painful choice. An unexpected telephone call told her she’d won the 2010 Ortega y Gasset Prize, roughly equivalent to the Pulitzer for Latin America and Spain. It brought $12,000 after taxes.

Despite death threats, Torrea stays in the city she now calls home. Even worse than death threats, she says, was being robbed of her notes and computer (at a conference in Mexico City). “At first I was depressed, and then thought, ‘It’s not my daughter. I don’t have a daughter.’ Then I couldn’t feel bad.”

Courage? Not exactly what you expect to find at a Pittsburgh literary salon on a Wednesday evening. But Torrea, a presence at 6’2", strikes me as one of the most courageous people I’ve been in a room with.

“The most difficult thing, more than threat of death,” she says, “is to protect your soul.” For her that has meant choosing to be, rather than a NYC journalist, a blogger in Juarez.

Trailer for Sale or Rent: The Gunman

Final Night for Lost and Found at City of Asylum