PennDOT wants your input on North Side bike lanes | Blogh

PennDOT wants your input on North Side bike lanes 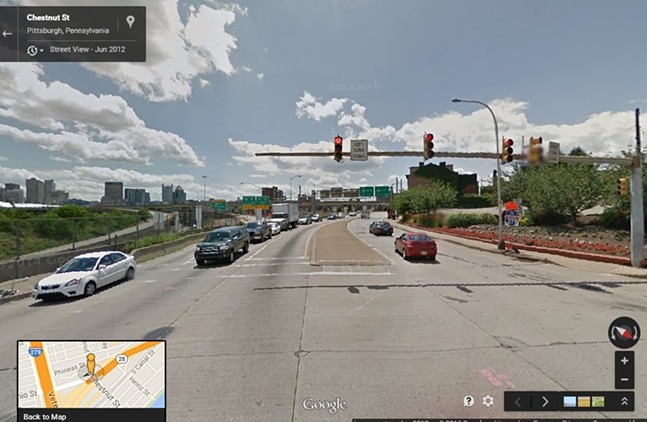 Google Maps
East Ohio Street corridor
If you're a fan of bike lanes or just really turned on by urban planning and infrastructure projects, you might want to drop by a public meeting hosted by PennDOT on the East Ohio Street Improvement Project on Wednesday afternoon, March 4.

The project includes work on streets, traffic signals, bridges and overpasses around East Ohio Street near the 16th Street Bridge, but PennDOT also has plans in the works to run a bike lane on part of East Ohio. The plan to build bike lanes, PennDOT says, will in part be determined by whether there is public support for it.
click to enlarge


"It’s that weird no-man’s land where people get off the 16th Street Bridge or [are] getting off of [Route] 28 and they’re going to enter 579 North – or getting off into the neighborhood,” says Bike Pittsburgh Advocacy Director Eric Boerer, who is encouraging people to show support for more bike/pedestrian friendly infrastructure. "It’s currently designed for the highway users."

The meeting will be held on March 4 from 5-6:30 p.m. at Pittsburgh's Grand Hall at the Priory, 614 Pressley St, on the North Side. More information about the meeting here.

And if you still need inspiration to go to a public meeting about a local infrastructure project, look no further than John Oliver's latest riff on our crumbling infrastructure.

The deadline for getting a Real ID is coming, but what the heck is it?